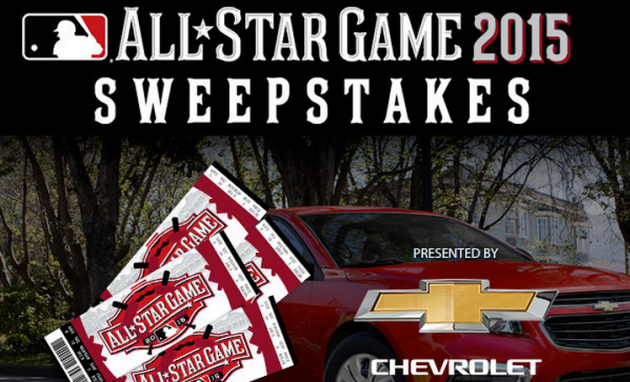 And now the bowtie brand is doing something that’s (potentially) even more awesome: giving away tickets to the 2015 MLB All-Star Game and Home Run Derby at Great American Ball Park in Cincinnati, Ohio.

Only contestants living in parts of the Cincinnati tri-state area—select counties in Ohio, Kentucky, and Indiana—are eligible for entry in the sweepstakes.

Although these sweepstakes are only open to fans in “Reds Country,” the All-Star Game itself is actually shaping up to be the ideal event for anyone who loves Missouri baseball. Thanks to an electronic stuffing of the ballot box, the ASG is set to feature four St. Louis Cardinals in the National League’s starting lineup, and an absurd seven Kansas City Royals in the American League’s—essentially turning one of baseball’s greatest spectacles into an interleague game between Missouri’s two teams.

And since Major League Baseball is letting fans vote for their favorite players up to 35 times a day, while literally using the slogan “Vote Early, Vote Often,” it only makes sense that people with the most time on their hands would get to decide the ASG’s starting lineup. And those people, it seems, all live on the border of Kansas and Missouri.

But hey, you should still enter this contest if you’re eligible. Miggy will still be a reserve player, that’s for sure.