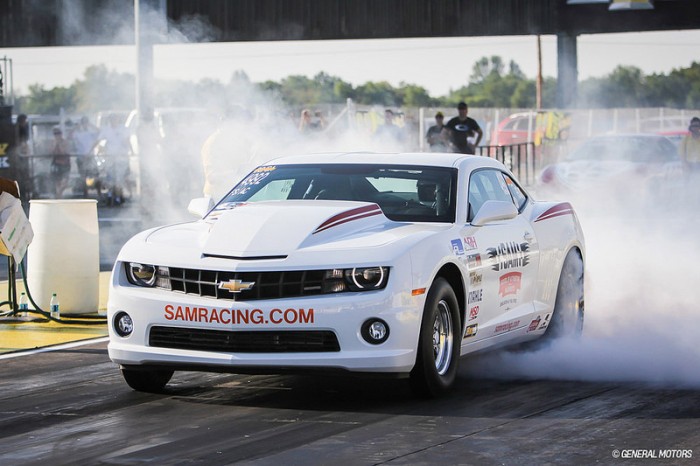 The COPO Camaro ready to take off

You might see big money if you use Chevrolet Performance parts and display Chevrolet’s decal on your race car. Chevrolet supports NHRA drag racers, and the Bowtie has a long history of doing so. According to a Chevrolet news release , COPO Camaro racers who win in NHRA’s Mello Yello Series – in Super Stock and Stock classes – can win up to $1,500.

Other winnings include a $1,200 payout for the runner-up, and new for this year, Chevrolet performance will pay 2012-2014 serial-numbered COPO Camaro racers $1,000 for a class win at the following events:

Jim Campbell, General Motors U.S. Vice President of Performance Vehicles and Motorsports notes that, “when you race with Chevrolet Performance parts and display our decals, you are eligible for a contingency payout that can be reinvested in your race team.”

Even if you don’t have a COPO Camaro in the NHRA Mellow Yellow Series, you are still eligible to win contingency money when using Chevrolet Performance cylinder blocks or cylinder heads. All COPO Camaro racing engines and other COPO parts are available to racers who are building their own race cars, the catalog can be downloaded at Chevrolet.com/performance.

We think it’s great that Chevrolet supports NHRA drag racers. Have you ever won prizes from a manufacturer?