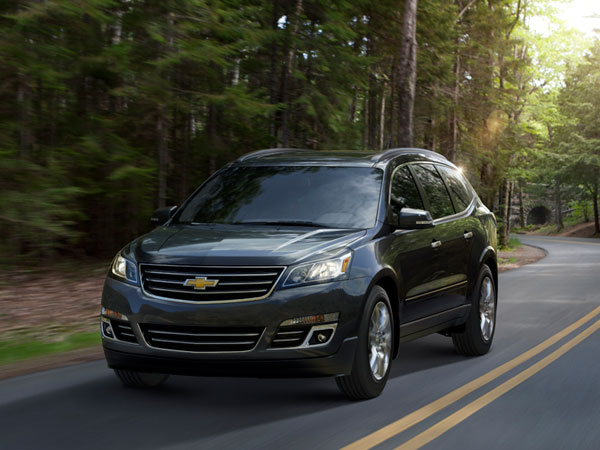 The Chevy Traverse was introduced late 2008, and was GM’s next answer to America’s SUV obsession. The Traverse was among the first SUVs to combine the sleek crossover styling that drivers loved with the eight-passenger capability of a full-size SUV.

Chevrolet first unveiled the Traverse at the 2008 Chicago Auto Show, and it arrived at dealerships in October of the same year as a 2009 model. The initial Traverse was based on GM’s Lambda platform and served to replace the TrailBlazer and Uplander.

Initially built at GM’s Spring Hill, Tennessee, plant, production of the Chevy Traverse would move to the Delta Township Assembly Plant in Lansing, Michigan, in 2009.

Although the Chevy Traverse is still technically in its first generation, it did receive a few noticeable facelifts in 2010, 2013, and 2014 to keep styling fresh.

Chevrolet has stuck with essentially the same design scheme in the Traverse since its inception, but it has continued to add interior technologies every model year. The most recent updates include a Forward Collision Alert and Land Departure Warning system. The Chevy Traverse has also been updated to integrate with new devices through USB ports or Bluetooth connectivity.