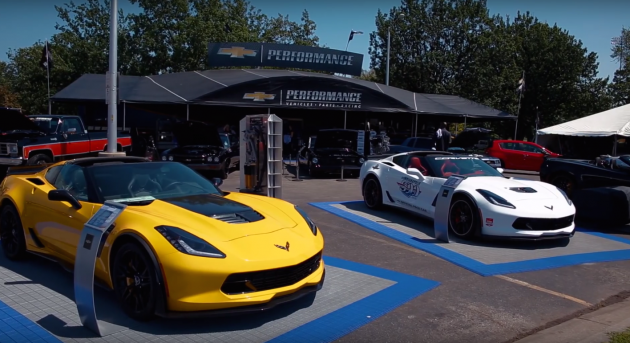 As usual, Chevrolet had a major presence at this year’s Woodward Dream Cruise in Metropolitan Detroit, Michigan. The all-new 2016 Chevy Camaro and Volt were both in attendance, alongside the usual bevy of classic cars and trucks manufactured by the bowtie brand.

There were plenty of vintage Fords and Dodges, too, as you’ll see in this new highlight video from Chevrolet Performance.

After 21 years, it appears that this annual event is only getting more popular. It’s clear just from watching The Block’s recap video that the event drew a lot of automobiles and attendees, and the numbers bear that out.

There were over 40,000 cars at the 2015 Woodward Dream Cruise this month, attracting more than one million auto enthusiasts and other spectators from around the world.

No doubt, many were there to see some of the classic Corvettes, Camaros, and Chevelle SS models that featured in the video. It will be interesting to see how many Chevy fanboys and other car lovers show up to next year’s Dream Cruise.