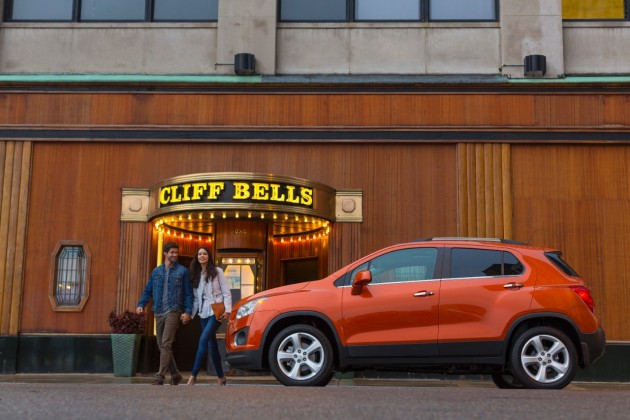 Where’s this delightfully obscure venue? Oh, you don’t have a Trax, so you’ve probably never heard of it…

We’ve all seen those millennialtastic ads for the 2015 Chevy Trax, which feature a pair of trendy twenty-somethings driving their small SUV from one adorkable location to the next. Well apparently, those urban ads were just a preamble to a broader, hipper marketing campaign for the Trax called “Hidden Gems,” which enlists the aid of various “social media influencers.”

Previously, GM paid an Instagram guy to Instagram stuff at the Detroit Auto Show, but this Hidden Gems campaign appears to take the concept of hiring freelance social media experts to do your marketing for you. According to a release from Chevy:

Twenty social media influencers will create a “social swarm,” using a mix of paid media, social media and unique experiences – conveying the versatile personality and capabilities of the all-new Trax in Chicago and New York.

Following personalized itineraries, each participant is tasked with sharing their city discoveries one may not otherwise find, including venues and activities like live music in a small club, trampoline training, a butchery demo and a distillery tour.

Wait, “trampoline training?” Is that what the kids are into these days? Also, what the hell is it? “Training” implies a level of serious devotion that we’ve never associated with the act of bouncing up and down on a trampoline until you make yourself sick. 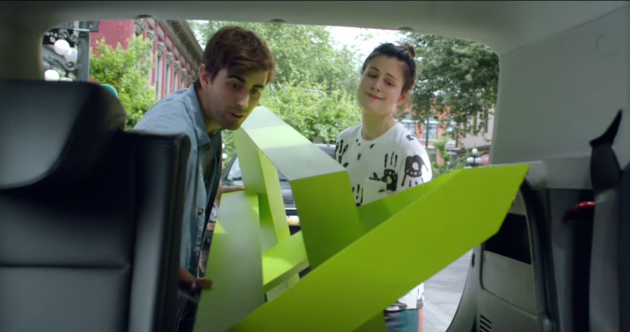 Social media influencers will Tweet and Instagram live content throughout the one-night experience, which will take place on February 28th. If you don’t follow the chosen social media gurus, you can see all of their content at this Hidden Gems in the City hub site.

The campaign is supposed to continue on into the summer, and we’ll eventually get to enjoy three long-form videos that showcase secret spots in LA and New York, featuring “in-depth looks into restaurants, cafes, nightlife, and experiences of which even locals may be unaware.”

Yes, you may have lived in the Windy City all of your life, but Chevrolet is going to show you some really underground places that you’ve probably never even heard of, man. Let’s just hope none of them are too off-the-grid.