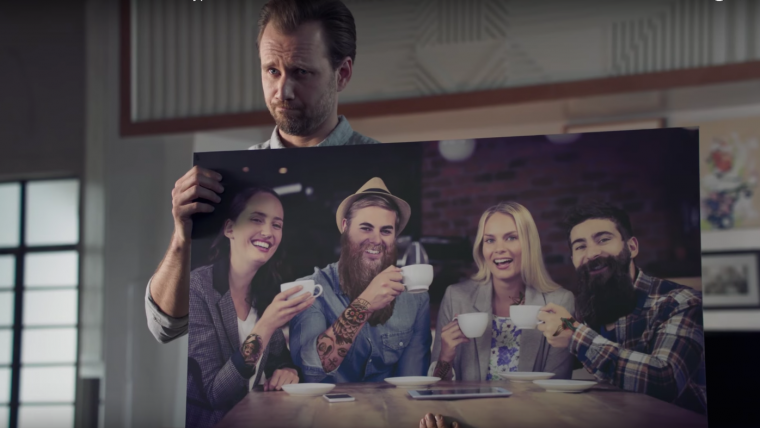 In the past, this website has been sharply critical of Chevrolet’s various ad campaigns, particularly the ones that seem to pander to Millennials in a way that smacks of desperation.

For example, we thought that Chevy’s Trax commercial featuring Instagram-loving, vintage-clothes-wearing, Chuck-Taylor-clad twentysomethings was a little too on-the-nose. And then, we thought it was even cringier when the bowtie brand hired BuzzFeed writers to make videos showing where to take the “best selfies” in Brooklyn, LA, and Chicago. Finally, we were convinced (or at least hopeful) that the automaker had hit its nadir when it released an “all-emoji press release,” and then hired some YouTube stars to make an embarrassingly awful music video about Chevy Cruzes and emoticons.

But the latest Cruze commercial, entitled “Stereotypes,” is making us wonder if Chevy’s marketing department might have actually been listening to our criticisms. Because somehow, the brand seems to have received a much-needed dose of self-awareness.

Another entry in Chevrolet’s “Real People, Not Actors” series of commercials (which I also hate, but for different reasons), the ad features the usual sandy-haired focus group leader. This time, he has convened a group of Millennials to solicit their opinions on a commercial that he says is designed for people like them.

He tells them the commercial will be about a “bunch of free-spirited Millennials, who all have beards and tattoos,” who will go on a road trip (“because Millennials love going on road trips”). During their road trip, the commercial’s characters will listen to a “rad indie rock song,” dance in an empty field, go jumping into lakes, and break out the sparklers at an impromptu beach party, before concluding with an “epic Millennial breakdance party.”

It’s basically a laundry list of actual past Chevy marketing stunts, like the aforementioned BuzzFeed selfies and emoji music videos, and not surprisingly, the focus group of real Millennials finds it pretty insulting. “Cheesy,” “contrived,” “offensive,” and “terrible” are just some of the adjectives they use to describe the proposed ad.

Yes! That’s exactly it! You finally get it, Chevy!!

Then again, maybe Chevy has been “getting it” all along. Maybe those past commercials that seemed to pander to Millennials were actually snarky, tongue-in-cheek parodies of other car commercials. Maybe—OH GOD—maybe the whole time, Chevrolet was just being ironic.

You really do understand my generation, Chevy, you magnificent bastard.