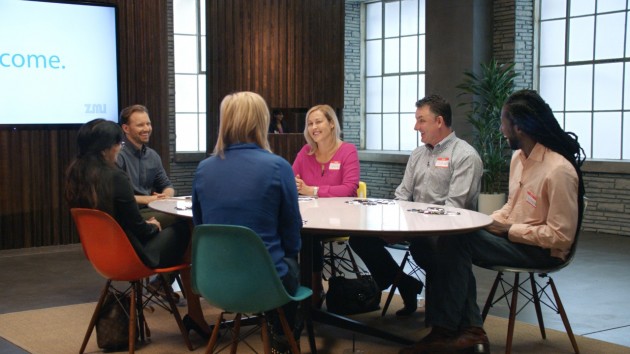 Chevrolet recently kicked off a campaign called “Real People, Not Actors,” which involves zombies and terrifying killer clowns and a lot of other weird stuff that’s not really related to cars. Their latest ad in the ongoing marketing campaign, though, actually does address the issue of automobiles, by asking the aforementioned real people about their brand perceptions.

There are some genuinely humorous moments in the commercial, like when a guy guesses that the person sitting next to him probably likes to support American car manufacturers, but it turns out he’s Canadian (they look just like us!). Also, the lady who associates the word “spiders” with Kia, but isn’t sure why.

Mostly, though, the ad shows people assuming that the “most awarded car company of the year,” “company with the most 5-star safety-awarded vehicles,” and “first and only company to offer built-in 4G LTE WiFi in their vehicles” is probably some foreign luxury brand. However, the answer to all of those questions is (surprise!) Chevrolet.

Obviously, these are pretty leading questions being asked of the focus group, but Chevy does a good job making its point: the average “real person” doesn’t know crap about cars, and as a result, may have an unfair conception of how Chevrolet (or any American automaker) compares to the much-touted European brands.

Also, Kia Souls are made out of spiders. Gross.