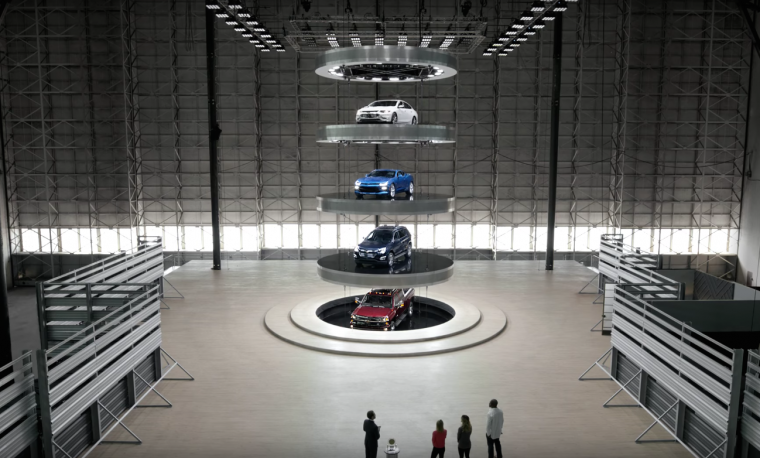 The ad “Up,” which touted the bowtie brand’s J.D. Power-awarded models

Though they won’t be recognized with any medals, it turns out that one of the biggest winners of the 2016 Olympics in Rio was Chevrolet.

Much like the American national anthem, Chevy’s newest “Real People Not Actors” car commercials got a lot of play during the summer games this year. So much so that a recent article in The Atlantic complained about the ubiquity of the commercials (as well as the fact that the dude seems kind of smug, and also some of the “Real People Not Actors” actually are actors).

But while some people may have experienced car commercial fatigue, the overall impact was pretty positive for Chevy, as the bowtie brand netted an 8% increase in consumer interest following the 2016 Olympics.

According to data from Edmunds, consumer interest in Chevrolet spiked 6% after the first week of the Olympics, and climbed another two points during the second week of the summer games.

“We often see advertising drive immediate traffic lifts during one-day pop culture events, like major sporting events or awards shows, but the Olympics are unique in that audiences come in and out over a two-week period of time,” said Jessica Caldwell, Edmunds’ Executive Director of Industry Insights. “While we did see shopper interest start to wane as the Games went on, it’s notable that both BMW and Chevrolet were able to catch consumer attention on a fairly consistent basis.”

However, it’s not certain that Chevy deserves the gold.

“While it’s impressive that BMW and Chevrolet were able to immediately capture car shopper’s attention, it doesn’t mean that the efforts of the other manufacturers were in vain,” Caldwell added. “Buying a car requires a significant amount of time and research, and simply exposing a brand to an audience who might not be familiar with it could certainly pay off in the long run.”