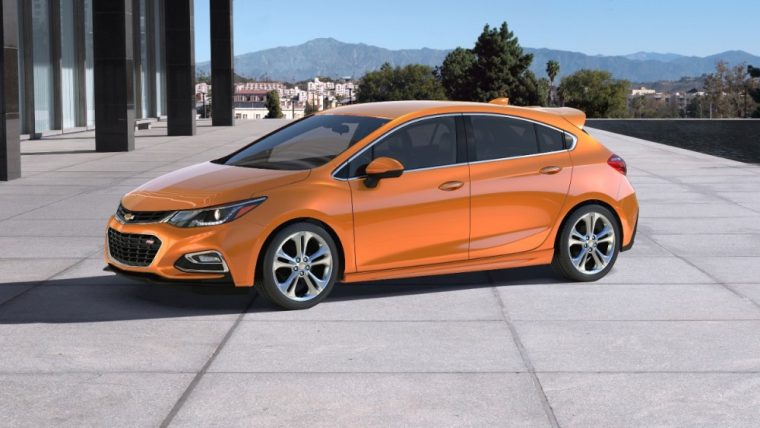 Lovers of diesel engines may soon have a new best option when it comes to fuel efficiency (especially given that Volkswagen is more or less out of the diesel game following its emissions cheating scandal) as Chevrolet turns over its Cruze Hatchback, equipped with an optional 1.6-liter turbodiesel engine and a nine-speed automatic transmission, to the EPA for fuel efficiency testing. The brand hopes that the engine and transmission combination will be enough to raise the hatchback’s efficiency to over 50 mpg on the highway.

This would make the Cruze Hatchback the first non-hybrid car this century to achieve 50 mpg on the highway, and also the title of most fuel-efficient nonhybrid.

In Europe, the Cruze’s near-identical cousin, the Vauxhall Astra, has seen mpg ratings of around 55 mpg by a number of European magazines when equipped with a six-speed manual, so hope are high. However, European efficiency testing is somewhat less strenuous than US tests, so we shall have to wait and see, although analysts like AutoPacific’s Dave Sullivan seem to think that the Cruze doesn’t even need to make it all the way to 50 mpg.

Sullivan stated, “If the Cruze diesel can hit 47 or 48 mpg, it should be a success in closing the gap for hybrids for highway driving efficiency.” He went on to add that the Chevy Malibu Hybrid gets 46 mpg on the highway.

Should Chevy succeed, this would help General Motors attract even more buyers who may have been lost by VW. David Poniatowski, program manager for the Cruze, said that “We’re creating a niche out there for customers who are in love with diesel.”