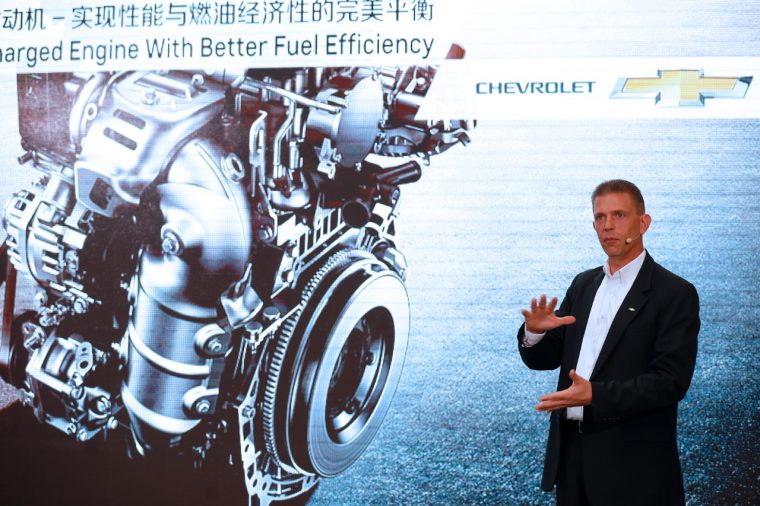 Today Chevrolet announced that it will soon offer a propulsion lineup in China that is unmatched in range and breadth, in order to meet the wide range in fuel efficiency and performance needs of its customers.

With a myriad of options that run the gamut from 1.0-liter to 6.2-liter engines and four- to nine-speed transmissions, Chevy now offers the widest range of engine displacements and transmission sizes available in all of China. Last year, the bowtie brand sold more than half a million vehicles in the county.

“Part of what attracts people to Chevrolet globally has always been our wide choice and a powerful heritage of engine technologies,” said Andy Dunstan, general director of Chevrolet in China.

Since introducing the iconic small-block V8 in 1955, Chevy has produced more than 100 million small-block engines, with the original design being adapted in almost innumerable ways throughout the automotive industry and beyond. Today, Chevy utilizes its years of knowledge to implement new technologies such as lightweighting, turbocharging and direct injection.

The automaker also offers technologies such as variable valve timing (VVT), stop/start technology, active fuel management (AFM), and a series of electrification technologies, while also increasing the number of gears in automatic step gear transmissions to improve the fuel efficiency.

“Chevrolet delivers propulsion systems for every purpose, whether it is the fuel efficiency of the Cruze or the performance driving experience of the Camaro,” said Michael Carman, GM China vice president of Global Propulsion Systems. “We conduct research three to seven years in advance to ensure the varying needs of customers are met and even exceeded.”

This year, GM is introducing its new smooth-shifting nine-speed automatic transmission in China. The fuel-saving gearbox will debut on the Chevy Equinox SUV in 2017, but will eventually be deployed in 13 Chinese GM models by 2020.

Thanks to innovative engineering, the all-new nine-speed automatic is able to fit in approximately the same space as a six-speed automatic, thereby maximizing the vehicle’s interior space.