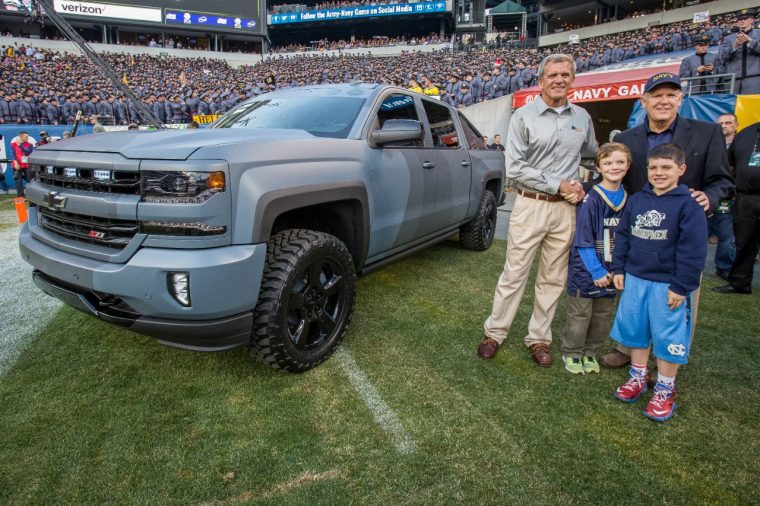 For the sixth straight year, Chevrolet served as the official vehicle sponsor of the annual Army-Navy Game, which took place this past Saturday, December 12th. And the bowtie brand helped make sure it was a good day for retired US Navy SEAL Master Chief Rick Kaiser—not only did Kaiser’s Midshipmen defeat the Army Black Knights 21-17, but former GM CEO and Naval Academy graduate Dan Akerson presented him with a new Chevy Silverado Special Ops Concept vehicle before the game.

A limited run of the Special Operations Silverados will go on sale next spring, with Chevy donating a portion of the proceeds from each sale to benefit the National Navy SEAL Museum, of which Kaiser serves as Executive Director.

“The partnership will also help us aid the families of fallen, injured, and active duty Navy SEALs through the efforts of our Trident House and scholarship programs,” said Kaiser. 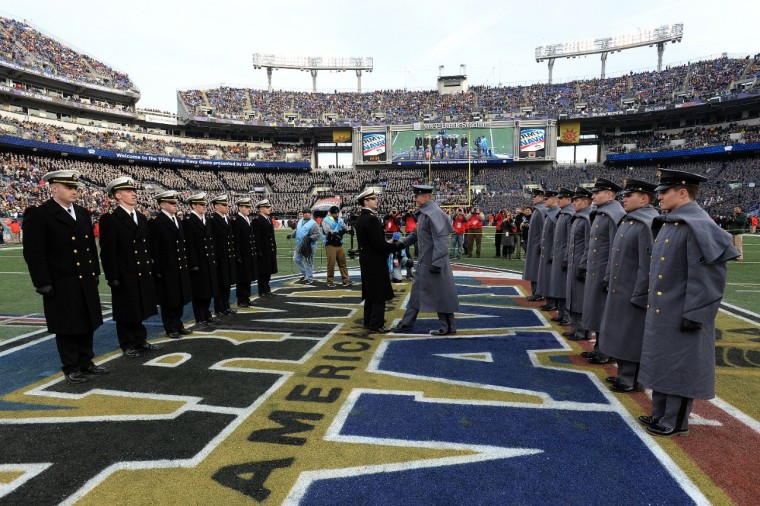 Lest Chevy appear to be too firmly on #TeamNavy, the American automaker also paid tribute to the Army, hosting the US Expeditions and Explorations (USX) Mt. Everest Expedition Team and its members before the game. USX, which was founded by two active-duty US Army West Point graduates, helps veterans struggling with combat injuries and PTSD. In April 2016, Chevy will sponsor the USX team in its efforts to help two active-duty US soldiers and a wounded US veteran climb Mount Everest.

“We sincerely appreciate the support of Chevrolet as we take on this bold challenge,” said US Army Capt. Matt Hickey, a USX co-founder and team member. “Although our goal is big, so are the needs of today’s veterans, and our mission and Chevrolet’s support inspires others to get involved.”