With the rush towards discovering electric cars that can go hundreds of miles on one charge, a lot of people forget that there are other alternative fuels out there. Chevy is looking to focus on these usually forgotten fuels with the 2015 Impala bi-fuel sedan, which runs on both compressed natural gas and gasoline. 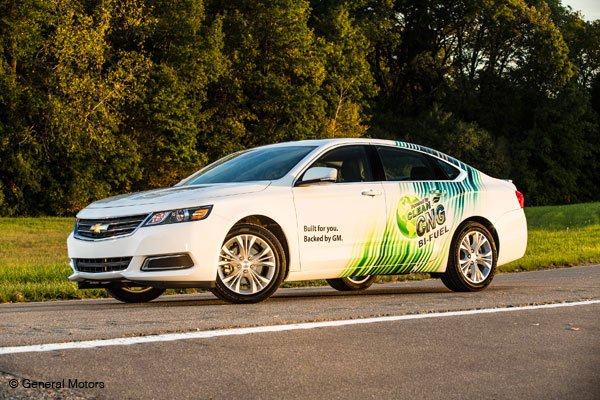 Compressed natural gas, which is a low-emission fuel, will have a separate fuel system from the gasoline, allowing drivers to switch between the two systems with the push of a button. According to Chevy, the car will be able to drive 500 miles if both tanks are full, making it more fuel efficient than any other alternative-fuel car out there.

The only obstacle the 2015 Impala will have to overcome is the lack of compressed natural gas filling stations throughout the U.S., with less than 1,000 stations across the country and no home-fueling system available.

Chevy dealers will offer the 2015 Impala next summer. Pricing has yet to be announced, so be sure to check back to News Wheel for an update!