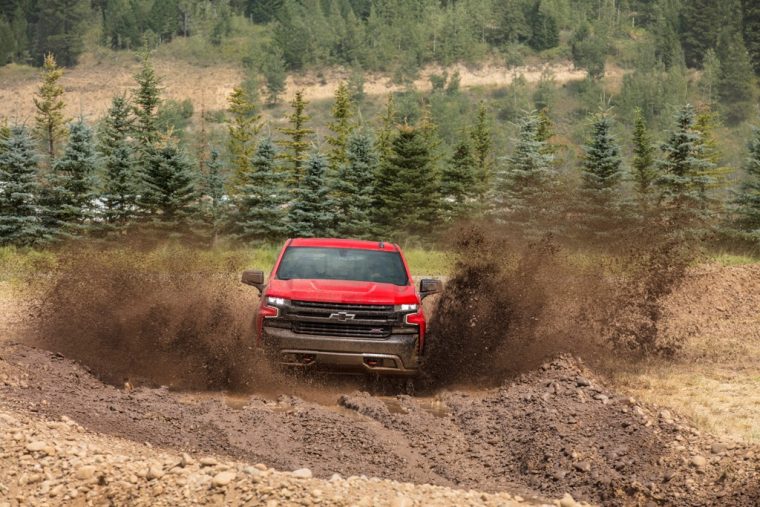 Chevrolet loves its trucks, and it also loves the people who drive them. To celebrate this, it launched the Chevy Truck Legends program back in 2016 to recognize the most enthusiastic Chevy truck drivers. Today, the program tallies over 60,000 members across the country, and Chevrolet decided it wanted to do something a little fun for the second anniversary.

Mid-size Chevy Truck: The Colorado is Chevy truck power is a mid-size package

So, Chevy invited 30 Truck Legends and their guests to Jackson, Wyoming. Once there, Chevrolet offered them the first drive of the all-new 2019 Chevrolet Silverado 1500. These Legends are officially some of the first from outside the company to sit behind the wheel of the redesigned truck, and Chevy made sure to make it an event.

The members put the Silverado through a few different trials. They tested out new towing systems, including the Trailer Camera Package, which uses a Rear Vision Camera, two side-view cameras, and a fourth external camera that mounts on the trailer. They also attended a demonstration of the Durabed, which we talked about previously on here and which features a greatly-improved performance on other truck beds. Finally, they tackled an off-road course in the brand new Trail Boss model, which adds a range of off-road equipment to the Silverado.

Can’t Wait? Check out the Silverado currently in dealerships

Members of the Chevy Truck Legends program get access to exclusive events and opportunities all the time. Legends members were in attendance at the Chevy Truck Centennial celebration where Chevy air-lifted in the first 2019 Silverado, and also were among the first to try the 2017 Silverado HD when it was first equipped with the Duramax® 6.6-liter V8 turbo-diesel.