Chevy Honors US Military With Substantial Donation to Wreaths Across America 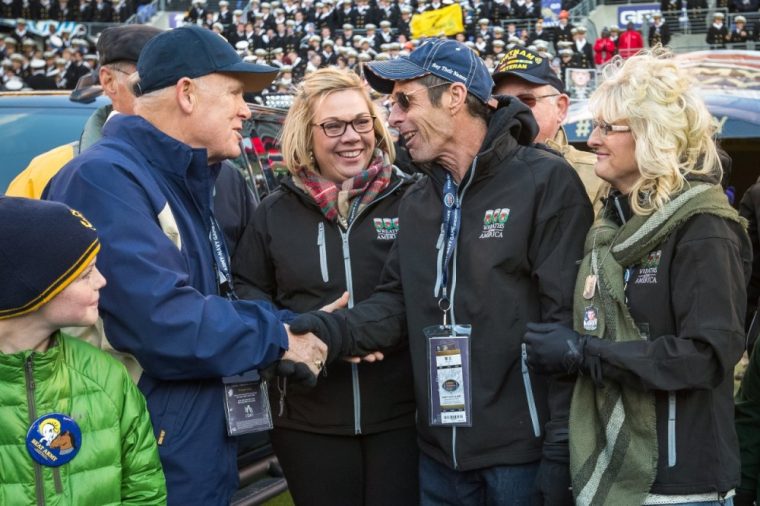 On December 10, 2016, the Army Black Knights defeated the Navy Midshipmen 21-17 in the annual Army-Navy Game.

American automaker Chevrolet has served as the official vehicle of this game for the past seven years. This year Chevy used the occasion to honor Morrill Worcester, who is the founder of Wreaths Across America. Worcester started this organization in order to pay tribute to America’s military heroes during the holidays. His organization does so by placing wreaths across the grave sites of fallen military veterans.

Chevrolet decided to thank Worcester for his work by giving him a Chevrolet Silverado Heavy Duty pickup during the Army-Navy Game. The truck comes with a 40-foot trailer and it was presented to Worcester by Dan Akerson, who is the former chairman and CEO of General Motors and he’s also a graduate of the US Naval Academy. 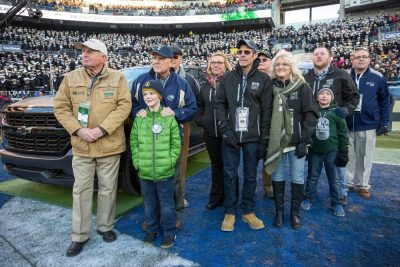 “It is so important that we never forget the sacrifice that our military families make to ensure the safety and security of our country,” said Akerson. “Helping Wreaths Across America honor our fallen soldiers demonstrates in a small but powerful way the gratitude that the entire Chevrolet and GM family has for their service and their sacrifice.”

Also honored during the Army-Navy Game was Scott Harris, who is one of Wreath Across America’s most dedicated volunteers. Harris delivers wreaths all across the US in a semi truck that features a portrait of his son, Army Spec. Dustin Harris. The younger Harris lost his life in Iraq back in 2006. For his hard work and commitment to the US military, Chevrolet presented Scott Harris with a brand new Silverado Special Ops edition pickup.

The Wreaths Across America journey began on Dec. 11th as a fleet of Chevrolet vehicles started traveling from its headquarters in Maine all the way to Arlington National Cemetery in Washington D.C. The organization’s goal is to place 1 million wreaths across military cemeteries across the country.

Chevrolet and its dealers have agreed to donate 17,000 wreaths to help the organization reach its goal.

Video: #ChevySalutes Wreaths Across America and Our Military