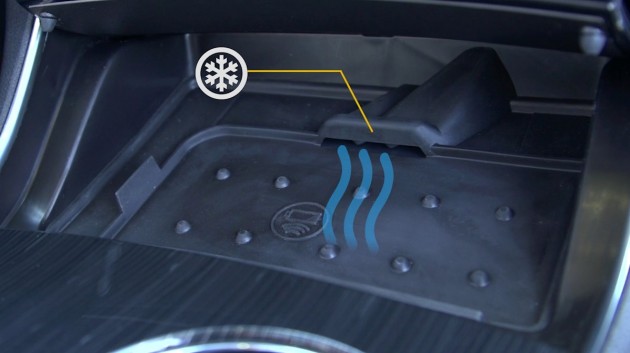 An overheating smartphone can do more than just burn a hole in your pocket. It also slows down the phone’s processing speeds, uses up battery life, and over time can cause permanent damage to the device’s lithium ion batteries.

While testing a wireless charging feature for smartphones, Chevrolet took careful note of this hot-button issue and came up with a groundbreaking, high-tech, industry-first solution to the problem: blowing on it.

Smartphone overheating can be caused by heavy usage of the phone’s data and graphics processors or simply by charging. It can also be exacerbated by high temperatures if left in a hot car—but who would ever leave their phone in a car, like it’s some sort of disposable pet or child? You need that thing within arm’s reach 24/7, or how else will you take one of those “deep dish-style selfies” that Chevy is so fond of?