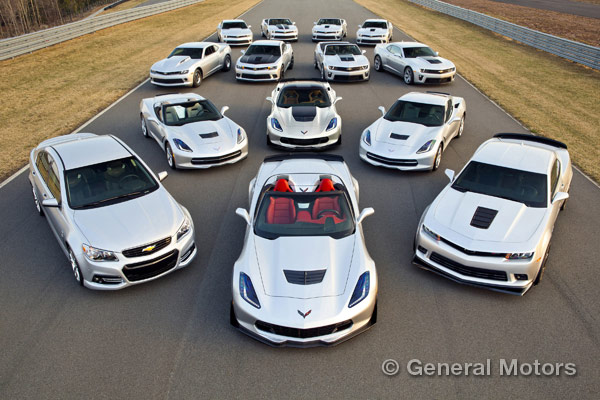 With 2015 right around the corner, Chevy performance vehicle enthusiasts everywhere have more than a few reasons to start salivating. As a matter of fact, they’ve got at least 14 reasons to starAfter the introduction of the 2015 Corvette Z06 Convertible, the Chevy performance lineup will feature a total of fourteen distinct models. This superb lineup has an output range from 323 to an estimated 625 horsepower with nine models, the SS performance sedan, and four different Corvette models.

“Chevrolet has been America’s best-selling performance brand for four consecutive years, due in part to the breadth of our lineup,” said Mark Reuss, executive vice president, Global Product Development. “For 2015, we will have the best range in our history, offering a performance car for virtually every enthusiast, from the 30-mpg Camaro LS and the COPO Camaro drag car to the 625-horsepower Corvette Z06 Convertible supercar.”

Each of the four Corvette models have something for all consumers, from the all-new Stingray’s 455 performance efficiency with at least 450 horsepower and an estimated 29 mpg on the highway to the Z06 Coupe that is considered the most capable Corvette in Chevy’s history.

The Camaro lineup offers even more options than the Corvette, with nine different models that range from the SS Coupe and Convertible to the limited edition COPO Camaro, which is a hand-built race car designed for drag racing.

What say you, performance enthusiasts: which vehicle in the Chevy performance lineup are you most hotly anticipating? Leave us a comment and let us know! 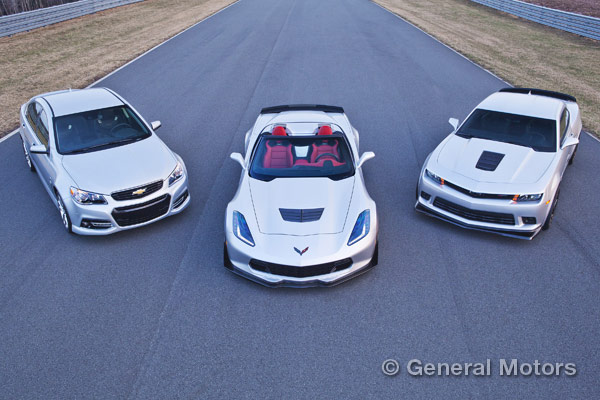