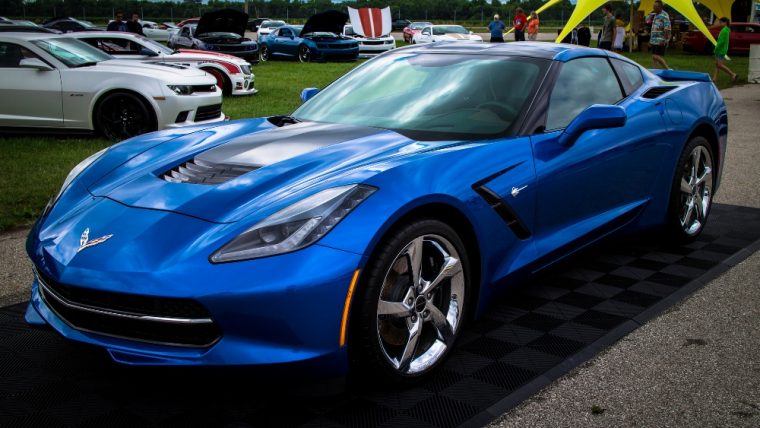 The Laguna Blue color option seen on this 2014 Corvette C7 will not be offered past April
Photo: © Cara

The 2016 Chevrolet Corvette comes with just about every feature a driver could ask for: a 455 hp V8 engine, Apple CarPlay compatibility, and a semi-affordable price tag of only $56,395 for the base Stingray model. The only downside is potential buyers will have two fewer exterior color options in 2017.

Corvette Blogger reports that Chevy will phase out both the Shark Gray and Laguna Blue colors by the completion of 2016 and will no longer accept orders for either color past April. 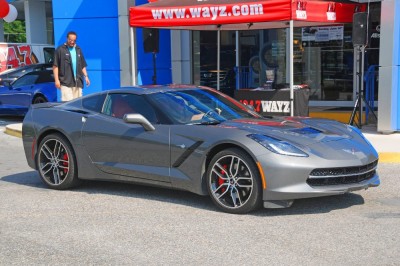 Shark Gray was the 3rd most popular color option for the Corvette in 2015; only trailing Torch Red and Arctic White.

Chevrolet had previously phased out both Night Race Blue and Daytona Sunrise Orange, which leaves only six exterior color options for the Corvette.

There is a new $439 million paint shop currently being built at the Corvette plant in Bowling Green, Kentucky. That investment is part of the $5.4 billion GM has dedicated to spending in order to improve its US facilities over the next three years.

It’s possible the Corvette could feature double digit color options once the paint shop is compete, but until then, consumers will might have to make do with Black, Arctic White, Torch Red, Blade Silver Metallic, Corvette Racing Yellow, and Long Beach Red.

Not Interested In Chevy? Mazda’s 2016 lineup of vehicles will blow your mind