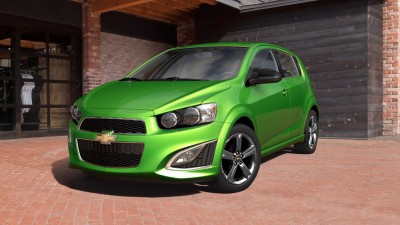 Early this month, Digital Trends writer, Nick Jaynes, took it upon himself to test the all-new 2014 Chevy Spark EV range to see just how far he could go in one charge in “ideal conditions.” Technically, the EPA rates the Spark EV at 82 miles (119 MPGe), but Jaynes was determined to discover how far one could go on a single charge if put in the most ideal circumstances possible. After enough begging, he got Chevy’s approval to be the one to test it.

Jaynes tested a light blue Spark EV at Portland International Raceway. According to him, the ideal speed to maintain was 18.5 mph, but as cruise control couldn’t kick in until 24 mph (and since he liked to be able to feel his own leg), he opted to travel at 24 mph and use the cruise control. The ideal temperature was projected to be in the 60s, but as luck would have it, the day of his test clocked in at just 40 degrees. In an effort to balance out the lost efficiency from this higher speed and colder temperature, Jaynes turned off MyLink and climate control.

While on the track, Jaynes battled all the elements. For starters, he had to empty his bladder into a number of Gatorade bottles (and then determine where to store them during the remainder of the trip). Since he disabled climate control, he also had to routinely wiggle his toes to keep them warm. On top of all that, he nearly broke his arm while his buddy, Peter, tried to deliver a burger from one moving vehicle to another. (Ah, friendship.) 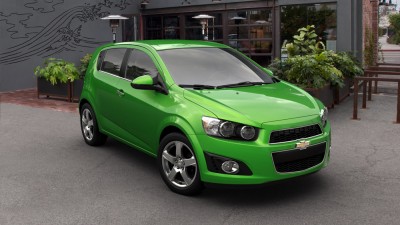 At 138.9 miles, the Spark EV finally chimed in, warning Jaynes, “Out of Energy, Charge Vehicle Now!” Like any reasonable human being, Jaynes assumed the warning appeared early, as a precaution, so that he, and any other driver, would have time to make it to a charging station. But no, a mere 0.6 miles later (at 139.5), the car cut out.

While the record is unofficial, our hats are off to Nick for testing the Chevy Spark EV range all day—and for finding a good use for all his empty Gatorade bottles to boot.