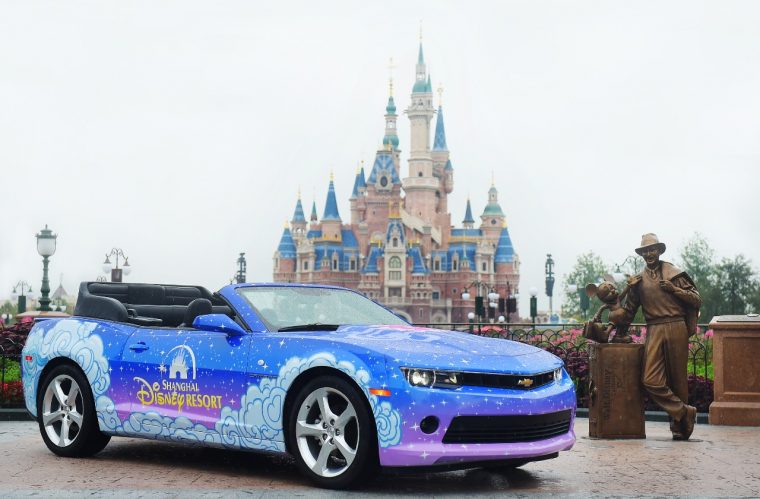 The long-awaited Shanghai Disney Resort opened last month to excited crowds from the world over. Chevrolet is the official vehicle of the most magical new resort on earth, and it is also the presenting sponsor of Tomorrowland’s TRON Lightcycle Power Run.

According to ShanghaiDisneyResort.com, the TRON Lightcycle Power Run is “the ultimate competition,” pitting teams against one another on their own individual Lightcycles, toward the goal of capturing eight Energy Gates and proclaiming themselves the greatest thing going on the Grid. Seeking to replicate the feel of both the classic film and its recent sequel, Tron: Legacy, the ride is replete with futuristic lighting and graphics, as well as exciting music to get players in the mood to compete.

What’s more, it’s also one of the fastest indoor coasters ever constructed at a Disney theme park, making it an absolute must for thrillseekers anywhere and everywhere.

Chevrolet’s relationship to the popular Disney property extends and its role in hyping the opening of Shanghai Disney Resort also saw the release of a Tron-inspired Chevy Cruze show car that was revealed earlier this year at the 2016 Beijing Auto Show. Chevrolet was also a key player in the marketing for Tomorrowland, the film from last year that defied imagination and Disney’s will to recoup its budget.

In addition to its sponsorship of that ride, Chevrolet is volunteering the services of its Camaro as the leading vehicle in Mickey’s Storybook Express Parade. Chevy also says it will bring a special attraction to Shanghai Disney Resort in the future that will incorporate its “Find New Roads” slogan.