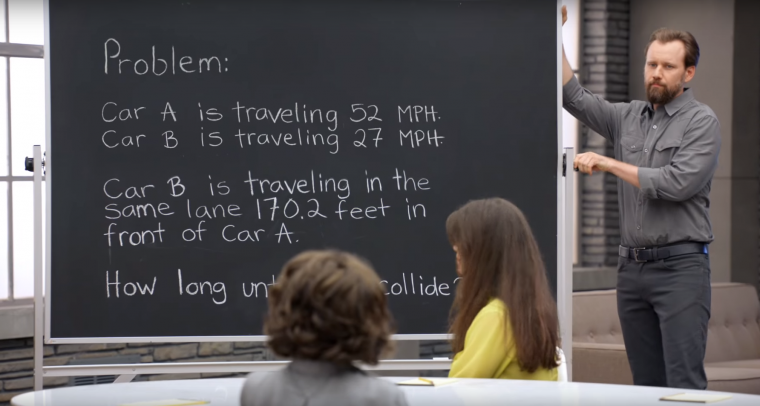 Chevy has released another ad in its “Real People, Not Actors” marketing campaign (which actually does feature some actors), once again with the apparent goal of publicly shaming some dumb people.

In this new commercial for the 2016 Equinox, a focus group of ordinary people is asked to answer a math problem:

All right, time to give these dummies a crash course in remedial mathematics:

Okay, so I’ll admit, I couldn’t have done that without a calculator. (Or, probably, without copying the explanation provided by one of the YouTube commenters…)

But that guy who guessed that Car A and Car B would “never” collide? Yeah, he should know better. Even if you can’t do long division, it isn’t exactly rocket surgery to figure out that a car traveling faster than the car in front of it will eventually catch up to the slower car. 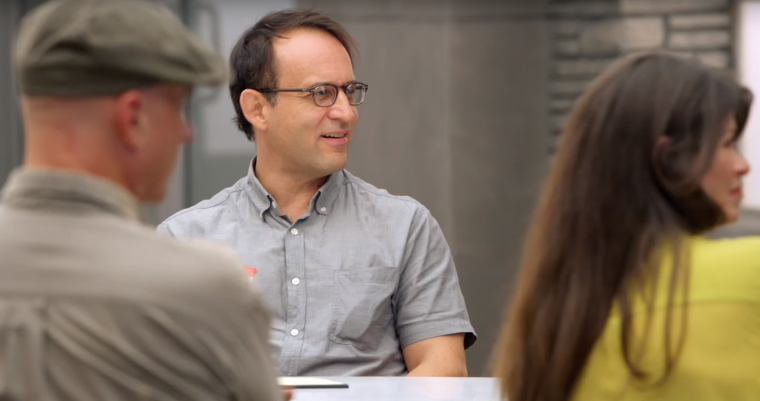 “Uh, never”? This is not a trick question, James

Of course, the point of the ad is that the 2016 Chevy Equinox is equipped with Forward Collision Alert, which warns you when you’re approaching a vehicle too quickly.

That’s right, gone are the days of pulling out your TI-83 while driving and quickly calculating how soon you will collide with the car directly in front of you—the new Equinox does the math for you! Mathematically-challenged chem teachers and electrical engineers, take heart.