In addition to the Silverado Black Ops and Volunteer Firefighter special editions released just in September, Chevy is bringing six new concept trucks to the 2013 SEMA show. For those not lucky enough to be in Vegas to see them in person, check out our gallery of Chevy truck concept photos to see each model up-close.

Chevrolet Accessories allow for an infinite number of customization options aboard your favorite heavy-duty trucks. Daily makeovers may not be what you expect to see on the SEMA floor, but as the show progresses, Chevy is unveiling a new Silverado Z71 Crew Cab makeover each day. Whether you are looking for a rugged sport vehicle or the ultimate in luxury, Chevrolet Accessories have the goods to meet your truck expectations. 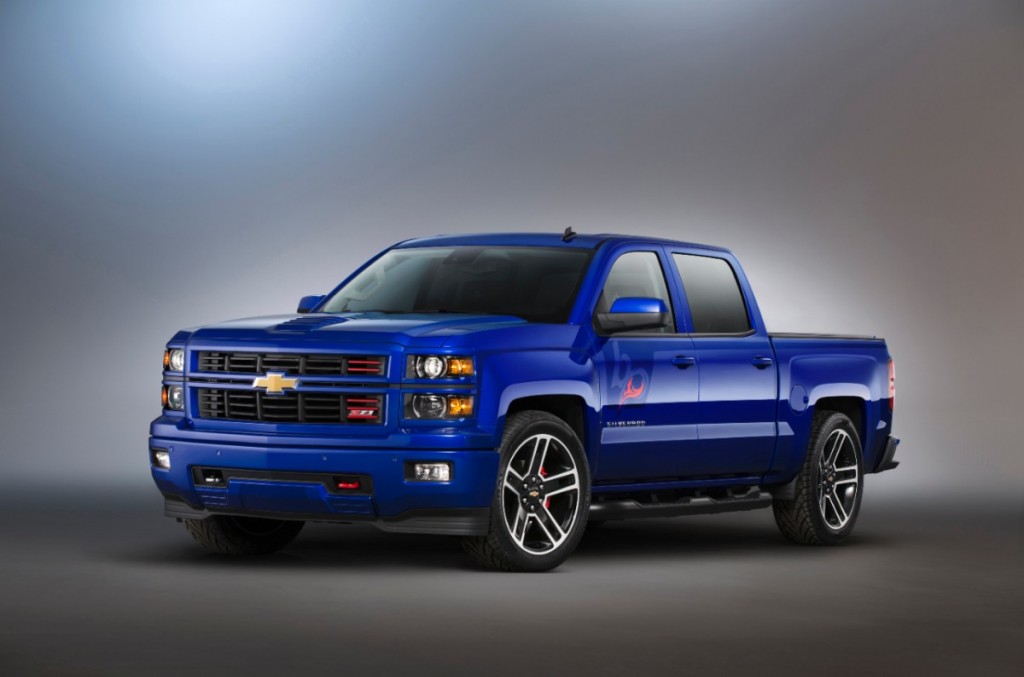 “Chevrolet’s lineup of full-size trucks and SUVs is all-new and stronger than ever,” said Chris Perry, vice president of Chevrolet marketing. “No matter what your needs, whether it’s hauling lumber to a work site, delivering your kid’s soccer team to a game or towing your boat on a weekend fishing trip, Chevrolet has the vehicle with the capability, dependability and connectivity today’s truck customers want.”

Are these the concept debuts you were hoping for from Chevy? Let us know, below, or hit us up on Facebook.