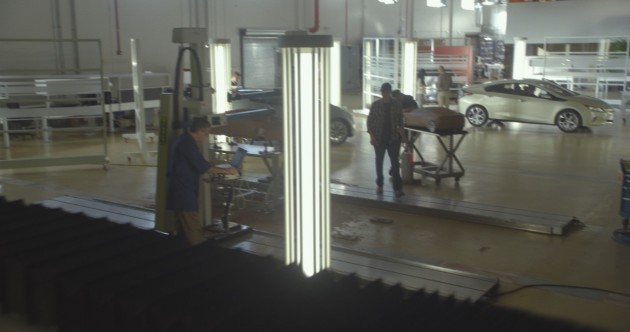 The 2016 Chevy Bolt concept may share its name with a Disney film, but it’s the Volt that’s actually going to appear in one—alongside one of GM’s bizarre concept vehicles. The all-new 2016 Chevy Volt and Chevrolet’s EN-V concepts will be appearing in the backdrops of the upcoming Disney sci-fi mystery adventure, Tomorrowland, in scenes set in both the future and present-day.

Chevrolet released the image above earlier today. If we had to bet, we’d wager that the Volt appears in scenes set in the present, while the EN-V shows up once our heroes enter the “world of tomorrow,” considering how futuristic the little thing looks: 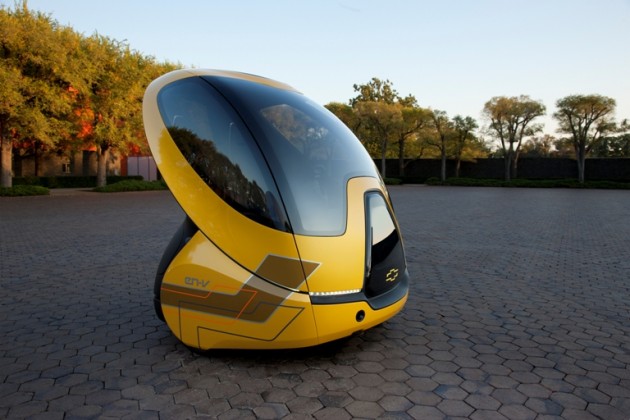 Somewhere, Honda ASIMO is cursing out his agent for not landing him a bit part in a sci-fi flick which ended up going to Chevy, of all companies.

“Tomorrowland is a place where nothing is impossible, which is something that Chevrolet believes can exist in the here and now,” said Tim Mahoney, vice president of Global Chevrolet. “The Chevrolet spirit reflects the hopes and possibilities of tomorrow in real instruments of change for today like the next-generation Chevrolet Volt.”

Tomorrowland stars George Clooney and Britt Robertson, and was directed by Mission: Impossible – Ghost Protocol filmmaker (and long-ago Simpsons writer) Brad Bird. The film will debut in theaters May 22nd.