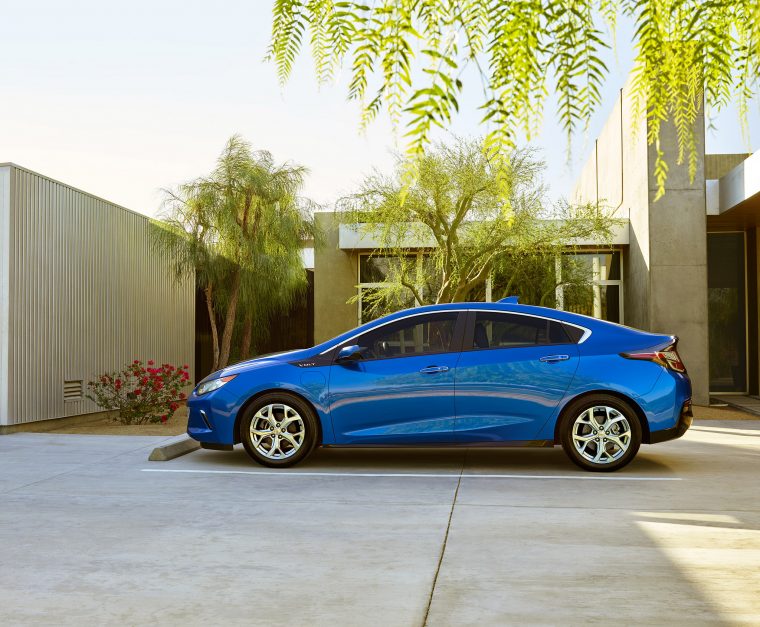 It’s hardly surprising for me to say that a lot of engineering went into the new Chevrolet Volt. When the vehicle was redesigned for the 2016 model year, it went through extensive remodeling, including a whole new body structure, a new battery, and a new engine—a process that requires many, many tests.

There is one test that didn’t happen, though—for whatever reason, the 2016 Chevrolet Volt was never crash-tested by the Insurance Institute for Highway Safety. So, as a part of an effort to test more electric vehicles, the IIHS recently took the 2017 Volt (essentially the same as the 2016, plus a few additions) and smashed that thing head-on into a wall.

Oooh, that crunch sound really makes the hair stand up on the back of your neck.

In addition to the above impact turning the front quarter of the Volt into so much ricocheting plastic shrapnel, the IIHS also ran the Volt through a moderate overlap crash test, side crash test, roof strength test, and head restraint test, as well as a complete test of its crash prevention technology and even rating its headlights (a new issue that the IIHS decided to crack down on for 2017).

The result: the IIHS awarded the 2017 Chevrolet Volt the title of Top Safety Pick+, the highest honor the IIHS bestows for safety. More specifically, that means that the Volt earned top ratings of “good” in every crash test, as well as an “advanced” or “superior” crash prevention system and “good” or “acceptable” headlights. With its optional equipment (Front Automatic Braking, Low-Speed Automatic Braking, and High Beam Assist), the Volt took all top ratings.