Though the recent announcement that GM intends to pull most of its Chevrolet brand’s presence from the European market by 2016 may have some wondering just what the automaker is thinking, Chevy global CMO, Tim Mahoney, maintains that the Bowtie brand is still on track to become a globally-dominant name.

Citing the recently-inked $57-million sponsorship of the Manchester United football club, Mahoney emphasized the viability of global recognition away from the team’s home country.

“The Man-U deal isn’t so much about where they’re based but about the Man-U brand,” Mahoney told Forbes’ Dale Buss, “and some people would say that they have ‘Super Bowl Sunday’ every time they play. They have about 600 million fans globally, and about 88 percent of that fan base is in emerging markets where we also want to grow.”

Mahoney also told Buss that Chevrolet’s global grand will only continue to expand by capitalizing on prominent and emerging markets that present the greatest opportunities, including the U.S., South America, the Middle East, China, and CIS countries (e.g. Russia, Belarus, Kyrgyzstan, and Uzbekistan). 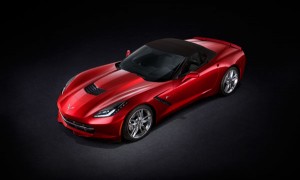 Chevrolet will not pull out of Europe entirely, however; along with the decision to stay at full capacity in Russia, Chevy will still sell flagship vehicles like the Corvette across the continent.

Additionally, Mahoney touted the strength of Chevy’s European “sister brands”—Opel and Vauxhall—as well as that of the Australian Holden brand as indicators of GM’s portfolio strength.

“We’re fishing where the fish are for the brand now,” Mahoney said.

“At about five million units [global volume] and being the fourth-largest automotive brand in the world,” with Forbes noting that more than 60 percent of Chevy’s sales come from outside of the US, “that’s pretty global already.”

We want your take: does the lack of a European presence affect Chevy’s global brand status?