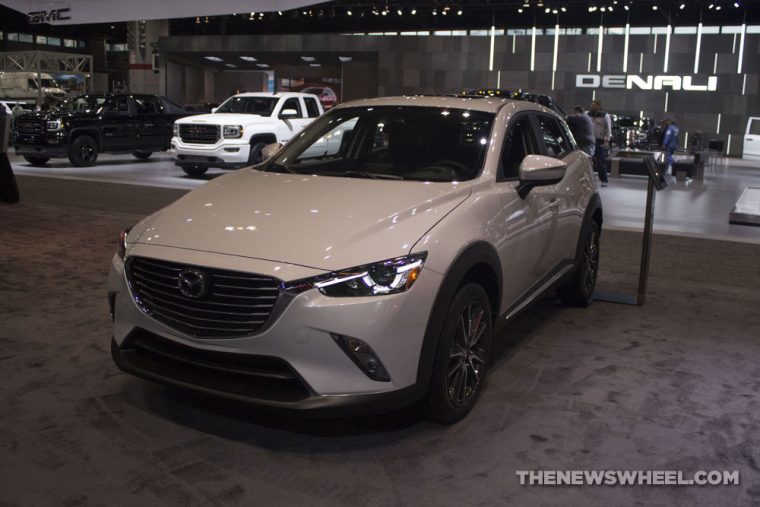 In recognition of its ability to combine fuel efficiency and premium features into one highly affordable package, the 2017 Mazda CX-3 has been named the “Best Crossover of the Year” by Chicago News.

Chicago News also put out a video review, in which they test drive a CX-3 Grand Touring AWD model up in Chicago’s affluent North Shore suburbs. (It should be noted that this video was shot back in September, as is made evident by a passing reference to “election season,” and also the fact that there is no way in hell that someone would be sitting along the shores of Lake Michigan in February wearing only a t-shirt).

In its written review of the CX-3, Chicago News praised the Touring model for providing “the best combination of features and value – with a well-equipped version selling in the mid-twenties.”

The “Best Crossover of the Year” award was presented to Robert Davis, Mazda’s Senior Vice President of Special Assignments, while he was in the Windy City to attend the 2017 Chicago Auto Show.

“Mazda CX-3 is a perfect balance between style and substance with its beautiful design, upscale interior and all-weather utility,” said Robert Davis, senior VP, Special Assignments, Mazda North American Operations. “We’re thrilled that the 2017 CX-3 was named Best Crossover of the Year by Chicago News, as it’s a perfect vehicle for on-the-go Chicagoans who desire the ruggedness of a crossover SUV in a smaller, more efficient package for the urban jungle.”