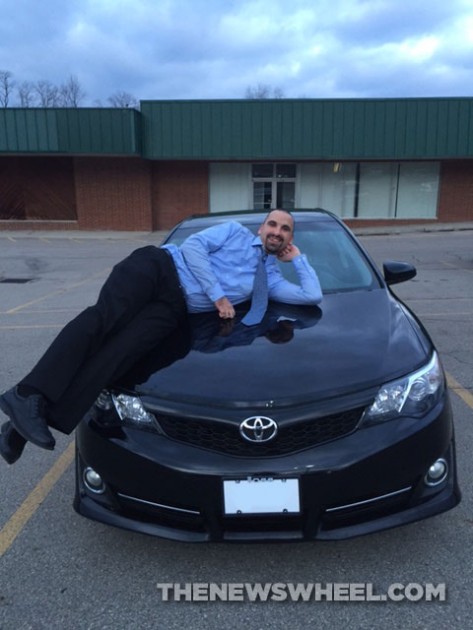 Waking up at 4 am, then walking six miles to work isn’t fun. That’s what I did for about two weeks after the 2002 Cadillac Seville I was driving finally broke down.

Even worse, I snagged a job at one of the top companies in my area a few months ago and I didn’t want anyone who worked there to see me all sweaty and gross at the conclusion of my two-hour walk, so I would bring an extra pair of clothes, which I would change into after I took a shower at the gym.

All that had to stop.

I wanted and needed a car badly, but I was having problems acquiring a loan because of my lack of credit history. I did manage to swallow my pride and ask my aunt for rides to work, but I still needed my own transportation. There’s no honor in begging a nearly 70-year-old retired lady to wake up a 6 am everyday so my grown ass could get to work on time.

Luckily, my job requires me to research and write about cars all day, so I had a decent understanding of which cars were potentially within my price range, and after reading the newest reliability survey from Consumer Reports, I had my mind made up that I either wanted to invest in a Honda Accord or a Toyota Camry.

Videos: 5 Things that will happen if you buy a Toyota Camry

So I called my older brother up, who is a bit of a gear head, car junkie, or whatever else you want to call a person who really enjoys automobiles. To my surprise, he was very excited to go look at Hondas and Toyotas with me. It helped me a lot because I’m a pretty quiet person until I get to know people, while my brother is the definition of outgoing.

When he picked me up, I told him I didn’t know where I wanted to go first. He smiled and said, “Don’t worry Sammie Tootall, I know where all the car dealerships are at.”

He drove to an area which was literally nothing but car dealerships. There was Toyota, Honda, Chevy, Hyundai, Ford, and probably a few others that I can’t remember right now.

My brother–who was grinning from ear to ear from being surrounded by so many cars–asked me which dealership I wanted to visit first. From my research, I knew the Toyota Camry was a very reliable and good on gas, plus I just really liked its exterior styling.

As soon as we parked, a salesperson by the name of Tom approached us and asked if we were there to see anyone in particular. I let him know we weren’t, and then I told Tom about my interest in a Camry. He granted us a test drive and I was impressed by the smooth ride of the Camry and how good it felt going through corners.

I let Tom know I was having problems acquiring loans and he told me not to worry. He said the dealership he worked at was part of a bigger chain of dealerships and that when they make calls about financing, good things usually happen.

I felt good about what Tom said about getting me a loan, but I still wanted to test-drive a Honda Accord, so we went down the street to another dealer. In an effort to move this story along, I’ll just say my 6-foot 5-inch body didn’t fit in the Accord as well as the Camry, and that while I found the Accord to be slightly faster, I still preferred how the Camry felt going through corners.

By this time, my brother looked like he was ready to go home and get some food in his belly, but I knew he absolutely loved all things about General Motors automobiles, so we rode down the street to the Chevy dealer.

Once at the Chevy dealership, I told the salesperson how much money I was looking to spend. He told me if there was a Camry available for that amount of money, then I shouldn’t be wasting my time at his lot, and that I need to go back to the Toyota dealership and buy that car before someone else did.

His honesty was refreshing.

I called Tom up and told him I was interested in the Camry, and we agreed to meet a couple days later. After test-driving the Camry again and signing what seemed to be an endless amount of documents, I left the dealership with my 2014 Toyota Camry, and I’m very happy with my selection.

Once I got my car home, my 16-year-old nephew came over to look at it and he said he was proud of me. That sounded funny to me coming from such a young man, but then I remembered he already knows more about cars than I ever will thanks to his car junkie father. He was even the person who changed the brake pads and rotors on my mom’s Caddy a couple months ago. 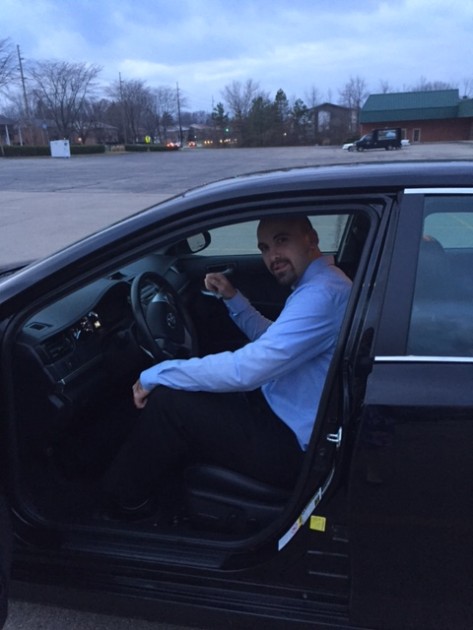