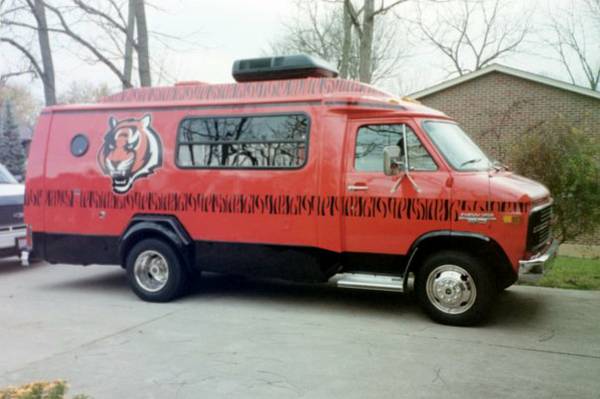 This Cincinnati Bengals van, or “Whodey Hotel,” can be yours for less than $5,000

Are you a Cincinnati superfan in need of a new supervan for tailgaiting outside of Paul Brown Stadium? Well, you’re in luck—a man in Mason, Ohio, is selling his custom orange and black 1984 Chevy van, which is equipped with a Bengals-themed interior, an automatic transmission, and an eight-cylinder V8 engine that’s only six years older than the team’s last playoff victory.

The owner has dubbed his unique Cincinnati Bengals van the “Whodey Hotel,” although considering the team’s performance over the last 25 years, “Heartbreak Hotel” might have been a more apt name. Now, he’s selling the pimped-out Bengalmobile on craigslist for just $4,250—a price so low, even Mike Brown might consider it! 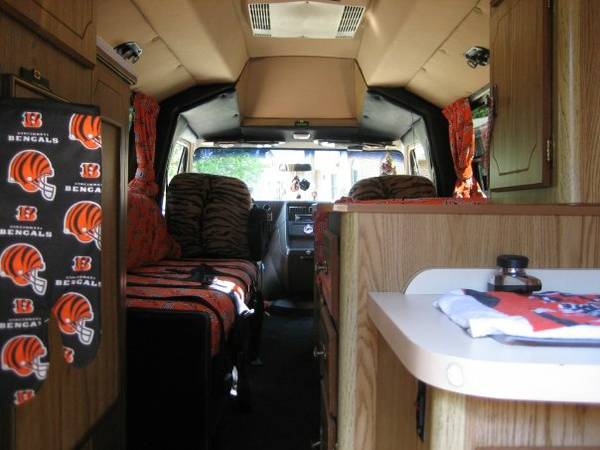 Inside the “Whodey Hotel,” fans will find a fridge that’s perfect for storing Little Kings and Hudepohls, a gas stove for heating up chili, a CD player for listening to 1989’s “Who Dey Rap,” and even a working toilet (Terrible Towel toilet paper not included). There are even tinted windows—which are convenient, because we all know how self-conscious Bengals fans can be.

If the Cleveland Browns’ stadium is the “Factory of Sadness,” than this vehicle qualifies for recognition as the “Camper of Annual Disillusionment.”  But hey, the guy did a pretty good job outfitting it. 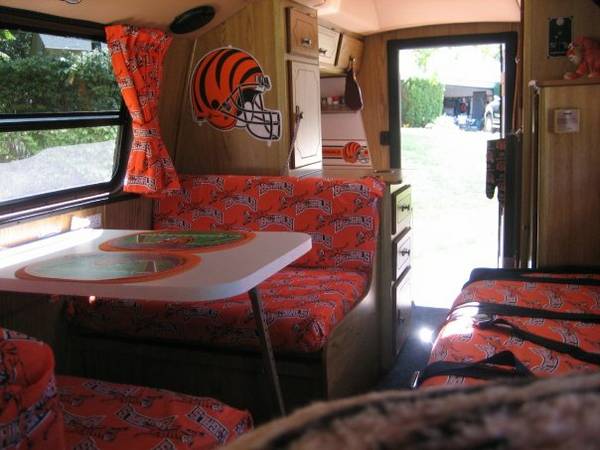 Anyway, it appears we owe Marlins Man an apology—apparently he’s not the owner of the ugliest orange, sports-themed vehicle in America.