City in Crisis: Akron Man Pooping on Cars in Ohio 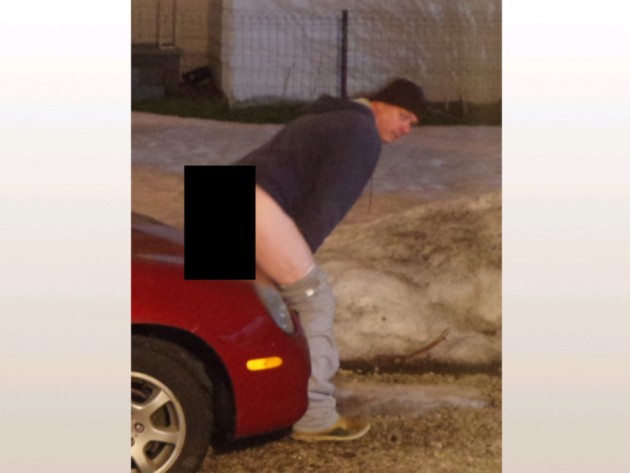 Just when Ohioans thought they were finished scraping snow and ice off of their windshields, a new type of falling debris is threatening vehicles in the Buckeye State. Specifically, the city of Akron is under siege from a mysterious man who is pooping on cars.

To quote the Joker, “This town needs an enema.”

The unidentified Florida man (sorry, force of habit) Akronite, dubbed “The Bowel Movement Bandit,” has pooped on 19 different cars parked in various driveways all over the Rubber City.

Wow, 19 cars? Like, in the past few days? Either this man is refueling on Swenson’s cheeseburgers at an alarming rate, or he has a serious problem (and perhaps both).

The other possibility is that there is more than one Bowel Movement Bandit currently painting the town brown. Yes, I’m proposing the possibility of a second pooper. Because how could one man’s fecal matter end up in 19 distinct places?

That, sir, is one magic dookie.

Akron Police recently caught a break in the case when a man photographed the Bowel Movement Bandit defecating on/improving the look of a second-gen Dodge Neon early this past Wednesday morning (he reportedly does his business between 5:30 and 6:30 am). If you recognize the man in the photo, please start associating with a better class of people. And then call the Akron Police at 330-375-2552 to report your crime-stopper’s tip.

If all else fails, perhaps the Hardly Boys can sift through the evidence and finger the culprit.

CORRECTION: An earlier version of this article incorrectly implied that the Bowel Movement Bandit had pooped on 19 cars over the course of a few days. In fact, he has pooped on 19 cars since May of 2012, for an average of 6.33 car poops per year. No wonder used cars are so cheap there.