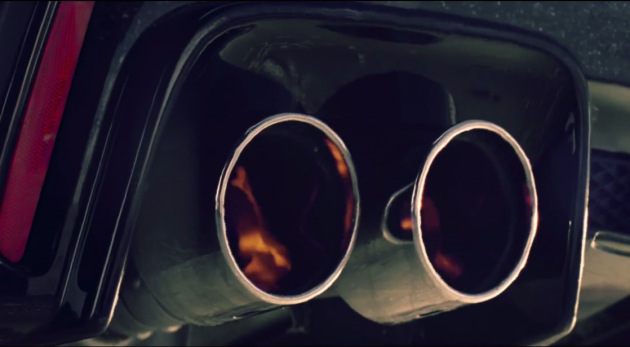 Honda wasn’t kidding around when it called 2015 the “Year of Honda” back in January at the North American International Auto Show in Detroit. The Japanese automaker just celebrated its biggest year of product launches with the release of a new video entitled “Honda Ignition,” which takes the brand’s latest vehicles (including the two-wheeled and winged varieties) and lines them up in the shape of a rocket ship.

Leading the charge is the humanoid Honda ASIMO robot. Behind him, forming the shape of a rocket, we find two CBR motorcycles, the all-new HR-V crossover, the Civic Type R hot hatch, the Acura NSX supercar, the HondaJet, and finally, two Honda Formula One racecars.

Shot on location at the Podilsko-Voskresenskyi bridge in Ukraine, the film blends space-age imagery with references to Honda’s heritage—like the NSX driver, who holds a photo of the original 1991 NSX in his hand (true fans might also notice the cameo by McLaren-Honda driver Jenson Button, and/or the voice of the late Ayrton Senna). The soundtrack features music from Beethoven’s Fifth Symphony and Mozart’s Queen of the Night Aria; two selections from the Voyager Golden Records (those albums that NASA launched into space in 1977, in the hopes that they would be found and listened to by vinyl-loving hipster aliens). 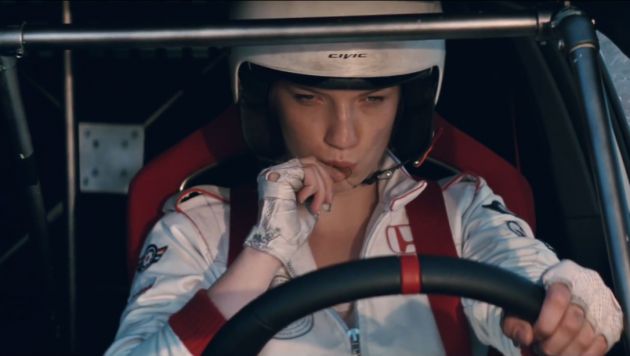 Honda says the “Ignition” media campaign will have a “unified, through-the-line Pan-European launch,” similar to what the automaker’s excellent “The Other Side” campaign received (man, those Pan-Europeans get all the good commercials…)

“We wanted to inject that spirit of daring and human endeavor into as many aspects of the film as possible—in the energy of the action, the portrayal of the fleet, and in the casting,” said director Aoife McArdle. “Inventive camera techniques allowed us to represent movement and the sensation of being in a rocket within any grounded Honda vehicle. Taking inspiration from classic science fiction, this film was an exciting opportunity to be playful with visual perspective, gravity and atmosphere.”