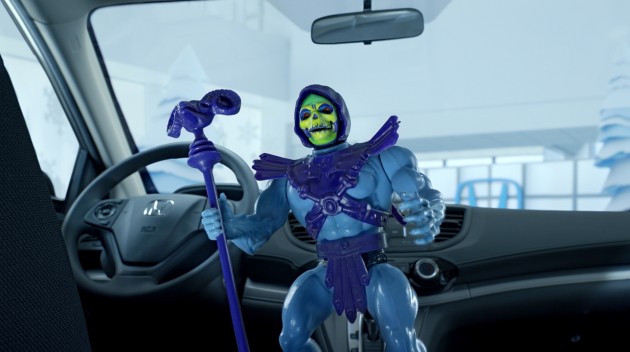 It seems like the Christmas car commercial season keeps coming earlier and earlier each year. The latest batch are arriving in the form of Honda’s new holiday-themed “A Gift to Remember” campaign, which has already launched six new television ads that feature classic toys promoting the brand’s vehicles.

Although Honda has been dealing with quite a bit of bad press recently, its promotional videos have been on point, as of late. First Honda provided the UNI-CUBs used in OK Go’s incredible music video, and then it released a brilliant two-in-one film to showcase the Civic Type R (which, by the way, we just learned was fake). For its newest project, the Japanese automaker-cum-filmmaker is trying to appeal to Gen Xers with nostalgic Honda car commercials featuring the toy versions of 80s cartoon characters like Skeletor, G.I. Joe and Jem. 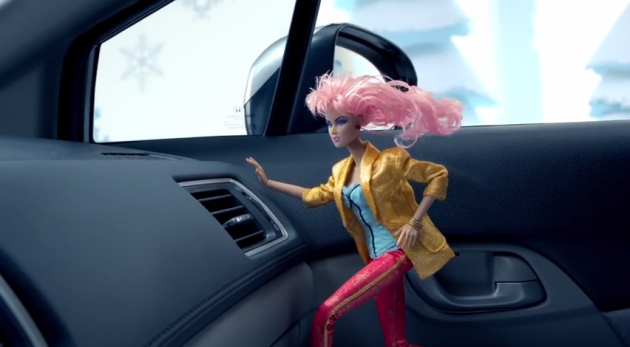 Jem feels AC in her hair inside a Honda Civic, joining other classic toys in the new nostalgic Honda car commercials

The ads feature old action figures and dolls reminding viewers how excited they were as kids when they received these classic toys as presents. The playthings then promise that grown-up customers will feel that same happiness if they add Honda vehicles like the Accord and Civic to their holiday gift wish-list this year.

In the first spot, Skeletor promotes the new Honda CR-V, using its standard rearview camera to spy on his arch-enemy, He-Man:

In the next one, a Jem doll (we guess Barbie would have been too expensive) touts the Honda Civic. There’s also a special guest appearance by G.I. Joe, who uses the sedan’s Pandora-capability to put his moves on the Holograms’ lead singer:

For the third ad, they go a bit more retro with iconic 70s toy muscleman Stretch Armstrong, who uses his famed flexibility to show off the roominess of the Honda Accord:

Next up, Honda goes even more old-school with Gumby, who has been around since 1955. The humanoid clay figure is joined by his trusty burnt sienna horse Pokey (it’s nice to see that the two have finally buried the hatchet and agreed to work together again). The two join forces to admire the expansive cup holders of the new Honda Civic:

In another ad, for the Honda Odyssey and Pilot, things actually get a little dark. Strawberry Shortcake shows up to remind you how happy you were when you got her as a holiday gift, before bitterly adding, “And then you left me when you got a fancy computer…” Apparently, Honda thinks that a Toy Story-esque guilt trip will be enough to get you to buy a new minivan or SUV:

The final holiday-themed, nostalgic Honda car commercial features a heavenly host of Fisher-Price Little People promoting the capabilities of the Accord:

So, Gen Xers, are Skeletor, Jem, and Little People testimonials enough to make you buy a new car? Because if not, Buzzfeed will probably claim you’re not a real 80s kid.