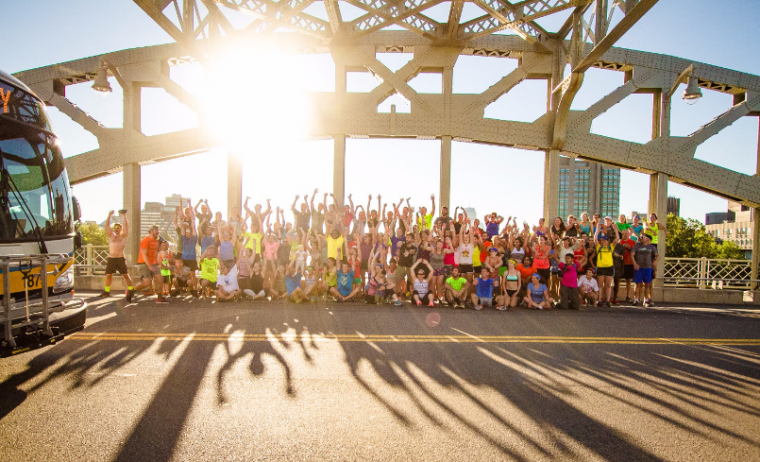 From the day we first go outside to play with our friends, American children are taught to stay out of the road because of the dangers of playing where cars could be. As we get older, we are encouraged to stay out of the roads by jaywalking laws that only allow us on the pavement in designated areas. What about when a road is closed, though? One group in Boston went against normal pedestrian roadway etiquette and took over a closed bridge and turned it into a pop-up gym of sorts.

What Comes Next? Take a peek at the new 2018 Nissan Leaf

The Boston University Bridge is not under construction, but it is currently closed because a crew is working on replacing the nearby Commonwealth Avenue Bridge. According to The Boston Globe about 80 people, all members of the November Project, took over the bridge this morning at about 6:30 am for their regular Monday morning workout. The group gets together on Mondays, Wednesdays, and Fridays to work out in the morning. Their Monday workouts never occur at the same spot in the city twice, so organizers knew they had to take advantage of the bridge closure. Lanes previously used by bikes turned into sprinting space and the wider lanes were used for a relentless routine of burpees (everyone’s favorite) and tricep dips.

The bridge is closed to the general traffic that clogs it, but it is still open to emergency vehicles and buses.  This made the workout feel a bit like childhood as every time a bus would come to a bridge everyone would yell “Bus!” and move to the sides of the road. The team would then wave at the buses with many drivers honking back. Workouts were even reportedly timed around the bus schedule so that exercises were not interrupted.

Take Your Eyes Back: Check out how Nissan is cutting back on distracted driving

The Boston University Bridge will reopen in mid-August to the relief of commuters in the city. We’ll see how many other groups take advantage of this wide open stretch of blacktop in the coming weeks.