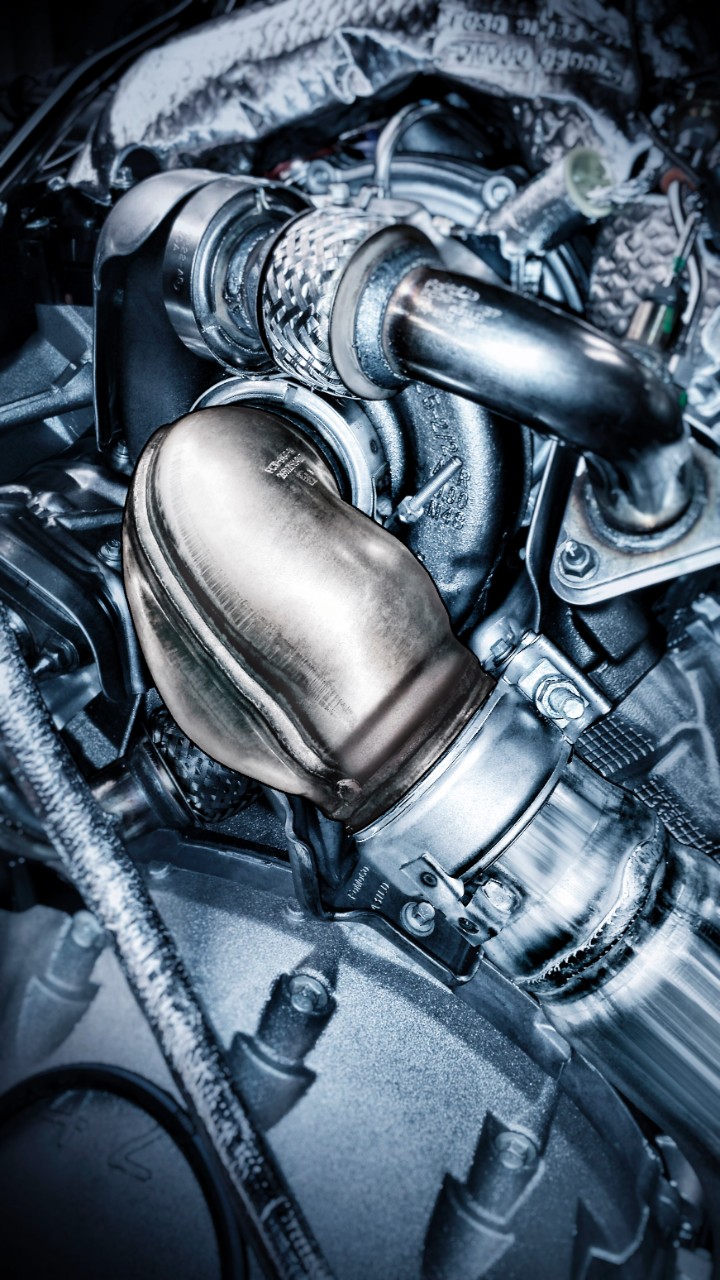 Believe it or not, one of the aspects that makes Ford’s 6.7-liter Power Stroke® V8 Diesel as powerful as it is happens to be the shape of the turbocharger exhaust pipe. And just what shape is that of the Power Stroke downpipe, you ask? Oh, you know, cobra-like. Fitting, no?

Part of what makes the Power Stroke so effective is Ford’s insistence to build both the engine and transmission together to ensure flawless cooperation and allow for better optimization.

One of the aspects of said optimization was the discovery that shaping the Power Stroke downpipe like a cobra enables better airflow for its reverse-flow layout, creating shorter airflow between the exhaust system and the turbocharger.

Ensuring that the turbocharger is within the engine’s valley also improves use of high temperatures, improving performance and efficiency while cutting down on excess noise and vibration.

Here’s how Ford says it works:

Any sharp turn or kink in an exhaust system can disrupt the flow and increase the pumping work an engine must do, reducing efficiency. The Cobra head acts like a widened, banked turn, allowing exhaust gases to flow smoothly through the 90-degree turn from the engine to the aftertreatment system and reduce backpressure. By reducing pumping losses, the design improves efficiency and allows greater torque production.

By applying hundreds of hours of advanced fluid dynamics computer modeling simulations to the design, Ford engineers were able to optimize the shape of the pipe bend.

Ford says that they tested the effectiveness of the cobra-shaped Power Stroke downpipe in thousands of miles worth of durability testing. The result: the 2015 F-450 achieves best-in-class towing. Cobra!