On Wednesday, Ford began accepting applications for its 2017 GT supercar. While Ford is not charging a fee to fill out the form—though it probably very well could have given both the superlative hype and the extremely limited quantities in which it will be sold—the presumed $400,000 price is enough in and of itself to knock most people out of contention almost immediately (and no, working extra shifts at Domino’s for the next couple months is not going to put you over the top).

Since it’s free to fill out, I took a spin through the application to get a Ford GT anyway. Here’s what you’ll find: 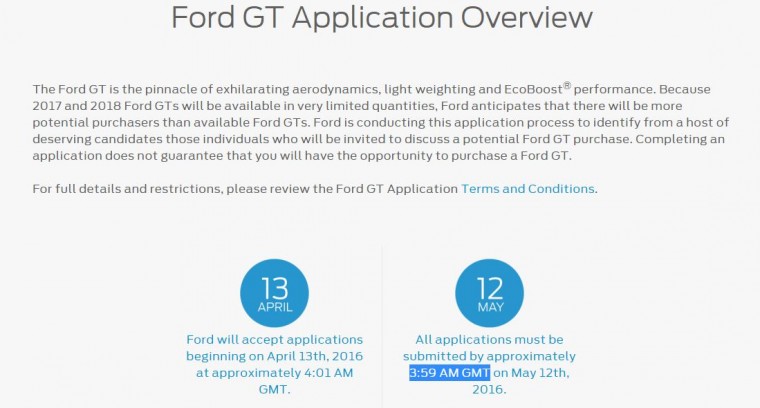 The Ford GT application starts out with a quick rundown of why it exists in the first place: “Ford anticipates that there will be more potential purchasers than available Ford GTs,” which is probably about as severe an understatement as it would be to say that critics were somewhat dissatisfied with Batman vs. Superman: Dawn of Justice.

The application process seeks to “identify from a host of deserving candidates those individuals who will be invited to discuss a potential Ford GT purchase.” Naturally, filling out an application doesn’t mean you will get the chance to buy one. What would probably help: a lot of money and about as much luck.

The application is available to fill out all the way through May 12th at 3:59 am GMT, or 11:59 pm EDT on Thursday, May 11th for you non-Greenwich Meanies. Also, if you’re in China, Macau, or the Philippines, you get a whole extra 12 days. So lap it up. 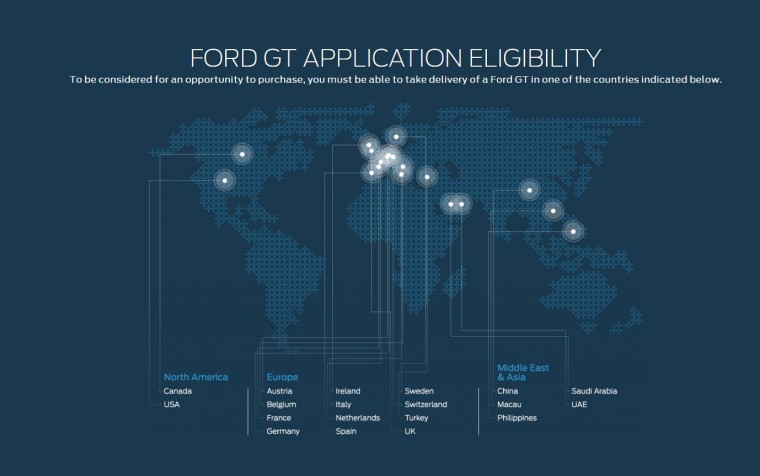 Ford confirms here the markets in which it will sell the GT, but it does not specify how many examples will be allotted to each country. Estimates place the total number of 2017-18 GTs at about 500, and the amount rumored to be coming to the United States across those model years is 100. In any case, there are not a lot to go around, and there are apparently even fewer to go around if you live in Mexico, Central America, South America, Africa, Oceania, Japan, Korea, or Antarctica. What’s Ford got against the fine men and women at McMurdo Station?

Here we get answers to some of the questions you may have. Yes, you have to fill out an application if you want to buy one, just be appreciative that we aren’t charging you $1,000 for the pleasure. Ford again reminds you that you get bonus points for being a Ford loyalist and/or an owner of one of the previous-gen GTs. Expanded FAQs confirm that successful applicants will be notified by email, and that the selection process should conclude “on or around July 2016.” Also worth noting: per the terms and conditions, an applicant who does not respond to the up to five emails that will be sent out over a 120-hour period will lose their spot. So, you know, check your phone a lot.

With that out of the way, it’s time to get ready for non-stop thrills as we fill out the Ford GT application. 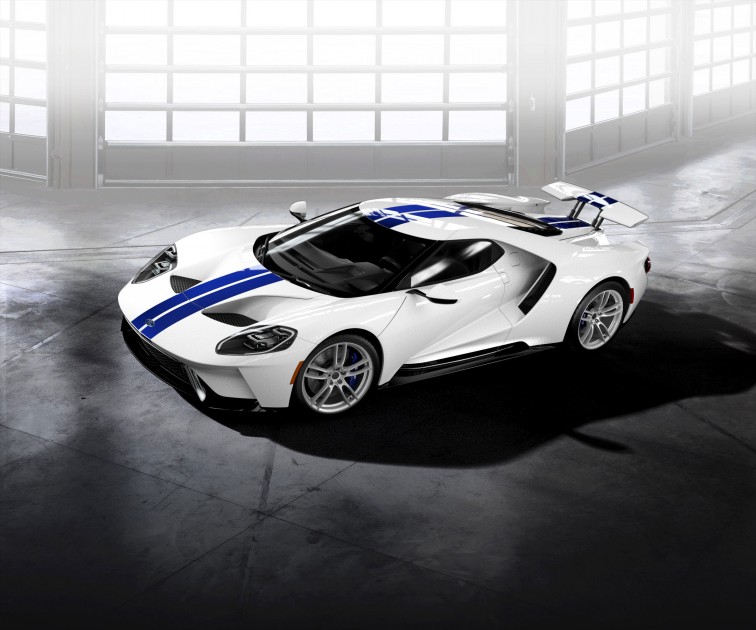 So close you can taste it

Before you start, you either have to sign in or sign up for an account with Ford. Feel free to make up a silly address—I said that I resided on Electric Avenue, for example. It doesn’t really matter. Not unless you’re, you know, readily able to toss half a million dollars at a car. Which you probably are not.

First bits of info here are the basics: first and last name, email, cell phone, work phone. Then we get asked for a little bit more detail as far as why you’re qualified to get one of these cars. Your options here are as follows:

The “influencer of public opinion” line seems to be the in for the likes of Jerry Seinfeld, Jay Leno, and John Cena, all of whom will no doubt want to be among the few and the proud who own a Ford GT. I’d put my money on Cena getting one because he never gives up.

The next step asks you to re-enter your physical address, and then it asks you for your preferred Ford dealer. Again, unless you’re making six figures annually (and probably a quarter-million at that), you could just say that you live on Fascination Street for all it really matters. I highly doubt that this would result in The Cure’s Robert Smith getting mailers from Ford, but it’s a nice thought.

Then, like you’re submitting an application to get into the college of your dreams, you’re tasked with detailing any unique qualifications that might make you an ideal Ford GT owner. This entails describing “past and present relationship[s] with Ford Motor Company and its affiliates, or involvement in other activities that would make you a prime candidate for Ford GT ownership.” You have 200 words. Be as specific as possible.

Finally, Ford says that they want to know more about “what drives you,” and the best way for you to do this is to send them “a link to a photograph, document or short video that helps show why you would be a good GT owner.” Here, they clearly want you to be creative or clever or funny or slick or cool or something that they can use in some kind of promotional video (check the disclaimers; it’s in there). With the time between now and the deadline, you may do well to contact a small marketing firm and have them work up a multimedia campaign that can really sell Ford on the idea of you owning a $450,000 supercar.

Ford does specifically say that any videos should be 60 seconds or shorter and located on a public website like YouTube or Vimeo. Which really leaves you open to a number of possibilities. 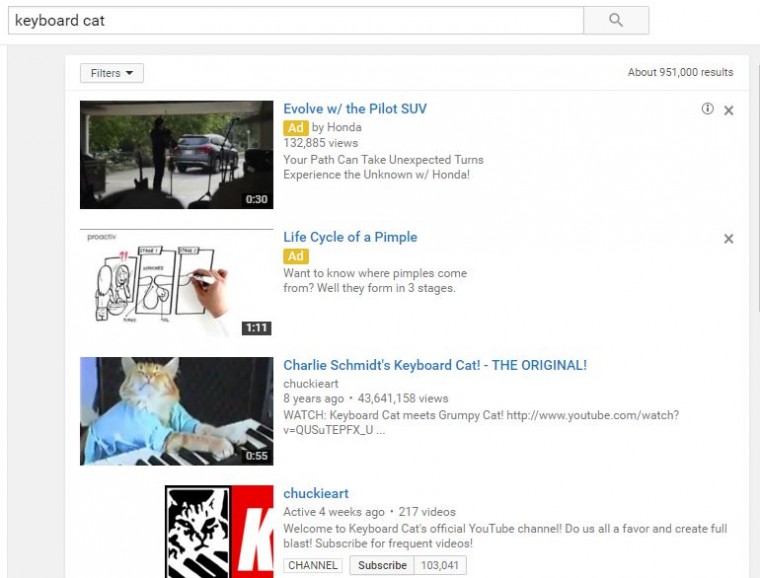 Finally, you’re asked if there is anything else that Ford should consider when processing in your application. So if you are a Major League pitcher who used to be really good but is now probably best known for being grossly overpaid and also the husband of the lady from those horrible Game of War commercials, now would be a good time to bring that up.

And with that, you are all finished. Now, just sit back, relax, and face up to the inevitability of disappointment.