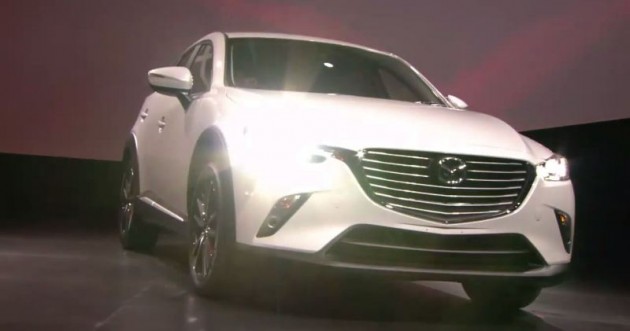 Remember that spectacular design sketch Mazda revealed last month of the brand-new CX-3 in anticipation of its LA Auto Show reveal? It’s finally time to see if the real thing lives up to the hype of the concept on paper.

With the unveiling of the compact crossover at the LA Auto Show overnight, the world got its first glimpse of the CX-3 and, after the 2016 Mazda CX-3 debut, the reactions are generally favorable.

Mazda CX-3 Debut Shares the Stage with the MX-5

Mazda executives began the event still riding the wave of popularity of its hyped-up MX-5 Miata, bringing director of design Derek Jenkins back out to give the same spiel he gave during the MX-5’s first unveiling.

After that, a red MX-3 and a white MX-3 both hit the stage amid the flashing fury of photographers’ cameras. What looked like a dynamic design in the original artwork appeared like a shrunken version of the Mazda CX-5.

An official press conference for the CX-3 and Mazda’s entire lineup is scheduled for today (Wednesday) at 10:30am PST, but most of us have already seen what we’re interested in: the big Mazda CX-3 debut.

Now we’re more concerned with the vehicle’s 2015 launch in Japan. 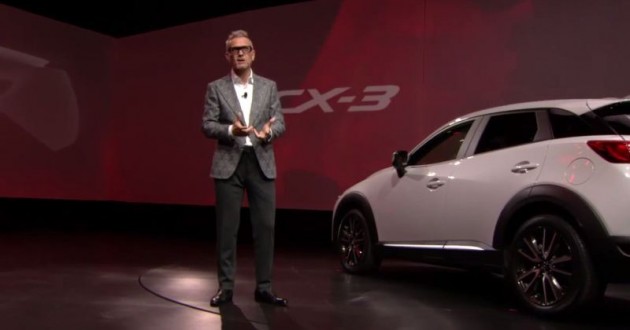 Is the Mazda CX-3 Crossover Just a Miniature Version of the CX-5?

At first glance, the compact crossover known as the CX-3 doesn’t look very different from the popular CX-5 SUV, which itself is already small. In fact, the CX-3 is only 10″ shorter in length and 3″ narrower than the CX-5.

But, according to Mazda, that small difference is exactly the point.

Automakers around the globe are slowly shrinking down their SUV models into new versions to appeal to urban dwellers who still want SUVs but don’t have the space. Thus, the CX-3 is to city-dwelling couples what the CX-5 is to suburban families.

“The CX-3 was developed to suit the customer’s creative lifestyle in any scene, from inner-city driving to enjoying the great outdoors,” explained Mazda. The shape is supposed to make the CX-3 easier to handle and have better visibility.

Mazda’s not the only automaker on the hunt for this demographic. Keep an eye out for competitors at the LA Auto Show also releasing similar compact SUVs, like the Chevy Trax, Honda HR-V, Fiat 500X, and Nissan Juke.

Now, we have to wait and see if the CX-3 has the potential to compete with such other rivals. 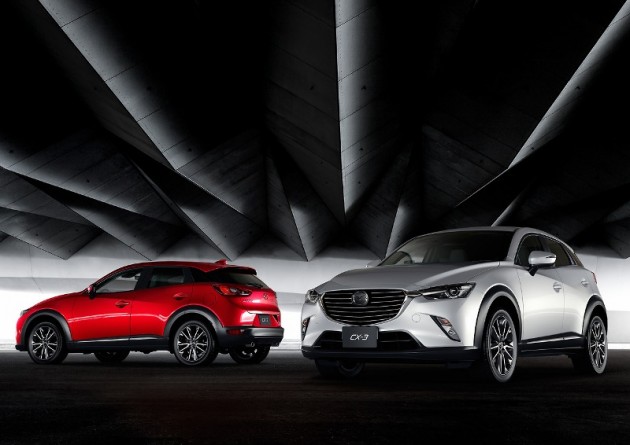