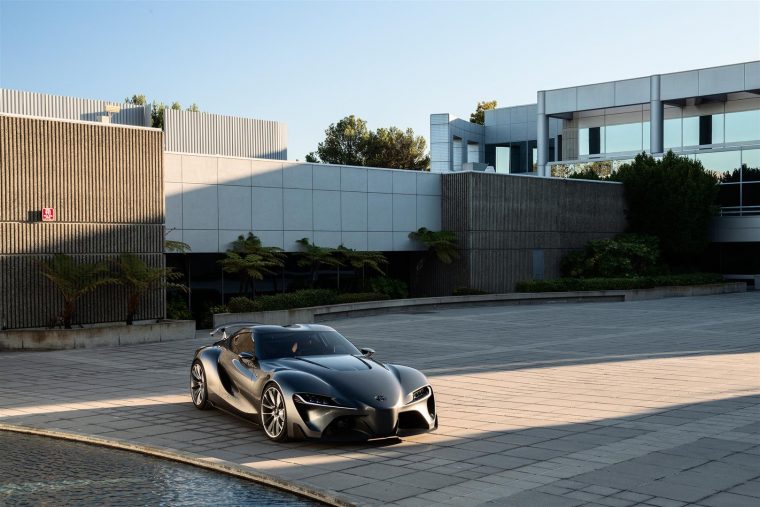 The gnarly concept it’ll be based on.

We’ve speculated and guessed and wondered about a potential Toyota Supra successor for years and it finally seems as though the time for conjecture is over—because according to Autocar, it’s a done deal: the next-generation Toyota Supra will arrive in 2018 shortly after its partner car, the BMW Z5.

We’ve known since 2012 that BMW and Toyota were working together on a car, the hypothesis being that the former was building a successor to the Z4 and the latter building one to the Supra. We heard that the Supra would be a hybrid, that it would be called the S-FR, that it would look like the FT-1 Concept, and that it would be built by Magna-Steyr—but really, all throughout, we didn’t really know anything for sure.

Nonetheless, it seems the rumors were substantiated as just about all of them have been confirmed. We know, for instance, that the new Supra will be placed above the Toyota 86 (formerly the Scion FR-S) in the automaker’s lineup and will be based on the FT-1 Concept that was first unveiled at the Detroit Auto Show in 2014.

Under the hood, it’ll have a hybrid four-wheel-drive powertrain (though we wonder if Autocar didn’t mean to say “all-wheel-drive” instead), which pairs a BMW gasoline engine with an electric motor that stores energy in a supercapacitor—yes, even that rumor was true. It will use carbon fiber and, according to BMW board member Ian Robertson, a single factory is likely to produce both models.

At this point, sports car enthusiasts probably wondering why BMW and Toyota are collaborating on this; aren’t the Z5 and Supra going to compete with each other? Robertson says they won’t but doesn’t really go into detail as to why not, and even mentions that the engineers are arguing over which car they would rather have. Surely that must be a preview of what to expect among reviewers once the Z5 and Supra have both been launched.

Even if they do take the same position in the market, two choices are better than one wouldn’t you say?