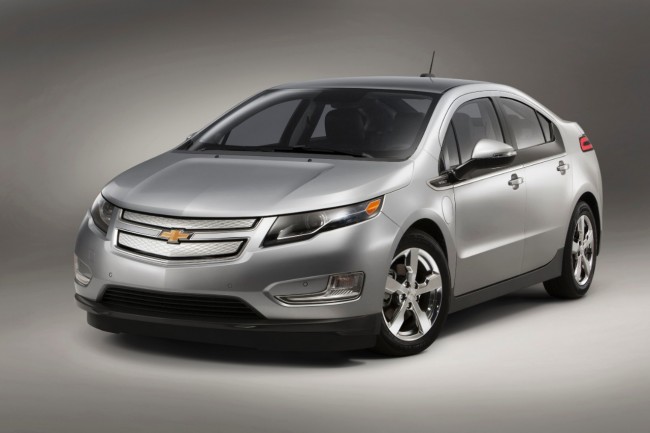 The release of the 2016 Chevy Volt is just around the corner, but the 2015 model is still earning some well-deserved praise of its own. In Consumer Reports’ annual list of “top picks,” the 2015 Volt was recognized as one of the best green cars of the year.

Notice we say “one of” and not “the” green car top pick, since Consumer Reports ultimately gave highest honors to the Toyota Prius.

However, the Volt did get a nice (if slightly backhanded) compliment from Yahoo! Autos, which chose the 2015 Volt as the best American green car of the year:

No car has ever quite beaten the Toyota Prius at its own game. Instead, the Chevrolet Volt plays by a different set of rules. The extended-range plug-in has 35 miles of electric-only range, which enables many drivers to commute gas-free. Owner satisfaction remains second only to Tesla among owners of fuel-efficient cars. Attractive leases make the high sticker price easier to swallow. A 2016 redesign promises more electric-only range, simpler controls, and a fifth seating position.

Thanks to a new Voltec powertrain that is 100 pounds lighter, the 2016 Volt is said to be 12% more efficient, and should have an all-electric driving range of 50 miles.

With those improvements on the way, perhaps 2016 will be the year that the Volt surpasses the Prius as not just the most acclaimed American green car, but the best overall.