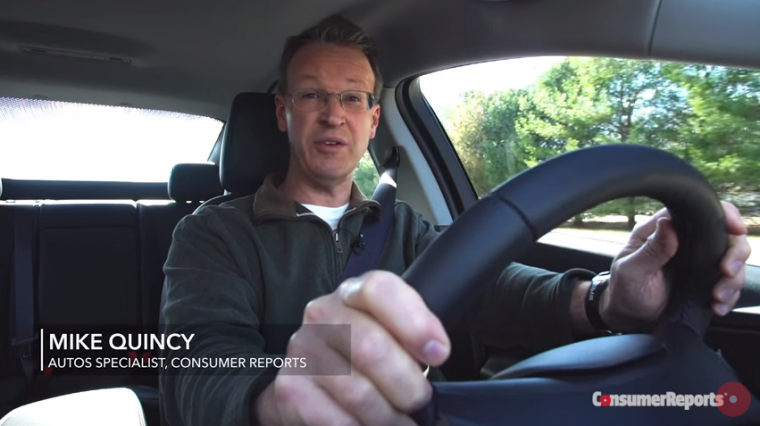 When Americans shop for pretty much anything, especially big purchases, many turn to Consumer Reports as the ultimate guide to the correct choice. Cars are included in the publication’s wide domain, so it should come as no surprise that they have gotten their hands on the all-new 2016 Chevrolet Volt, even when it is in such high demand.

The group’s initial review has been released as a video, showcasing the Chevy Volt as it cruises around a proving ground and parks dramatically for some sweeping shots of the exterior and interior. Check it out below.

Right off the bat, the Consumer Reports team gives the previous Chevy Volt and the Nissan LEAF credit for making EVs a viable option for consumers in America. After that, the love keeps coming, with the voice over complementing the new Chevrolet Volt on its quiet ride and improved suspension to handle bumpy roads. The new, lower, price was also praised, as well as the improved center console and its controls.

The test team appreciated the Volt’s new, slightly more conventional, exterior styling. They did mention that the vehicle is a hatchback, but from the side it looks more like a sedan. It was also pointed out that the new Chevy Volt is listed as a five passenger car; however, the middle seat has no legroom at all thanks to the intrusion of the center console and cup holders.

At the end of the video, Consumer Reports said that it looks forward to testing the Chevy Volt after it purchases the vehicle and adds it to a long-term testing fleet. With the nationwide Volt rollout delayed, it will be interesting to see when (and where) Consumer Reports will find one anytime soon.