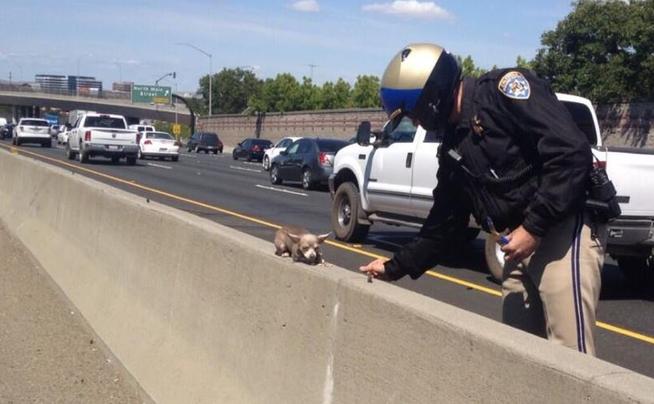 Friday was an exciting day for the Contra Costa California Highway Patrol (CHP), which launched a mission to rescue a frightened Chihuahua from a roadway median on Interstate 680 in Walnut Creek. It is not clear how the Chihuahua ended up on the freeway during rush hour, especially how the tiny, shivering thing managed to climb up onto the highway divider.

Upon rescuing the Chihuahua, the CHP released the photo above in a tweet. (The tweet calls the Chihuahua a “he,” though CHP officer, Alex Edmon, referred to the dog as a “her” when speaking with reporters; the Facebook post at the bottom of this article also calls it a “she.”)

Of the brave rescue mission, Edmon, a dog lover himself, reported, “We attempted to coax it. We could tell it was very frightened. It was shaking. We were able to pet it a little bit, but other than that we could tell it was not happy.” (But it might have just been unhappy because of everyone’s clear disregard for its genitals—who is to say?)

Because the officers could not transport the helpless Chihuahua on their motorcycles, they had to wait for animal control to show up. Animal control reportedly estimates that the lonely dog is about two years old; the Chihuahua wore no tags and showed no signs of injury upon rescue. 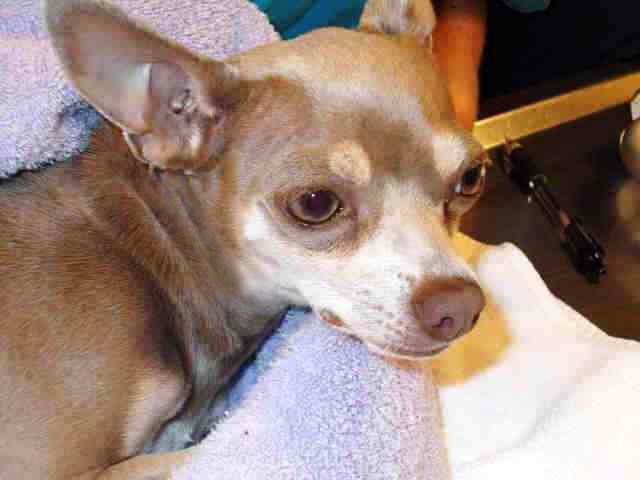 The Chihuahua is safe and sound now.

“I would try to encourage everybody to try and rescue any dog they can,” Edmon said. “Animal control has already been inundated with calls for this particular dog because of the story, but don’t be discouraged if you can’t get this exact dog. Look for other dogs out there.”

Edmon is totally right. Rescuing dogs and cats is the way to go. I might be abusing my role as an automotive editor by using this platform to step up on my soapbox, but please please please rescue dogs and cats when it comes time to welcome four (or fewer) more furry legs into your home. There are so many animals out there that need good homes. Check out petfinder.com to connect with your new best friend!

And now, of course, I’m going to make you all look at my handsome rescue, Greyson, because why not. 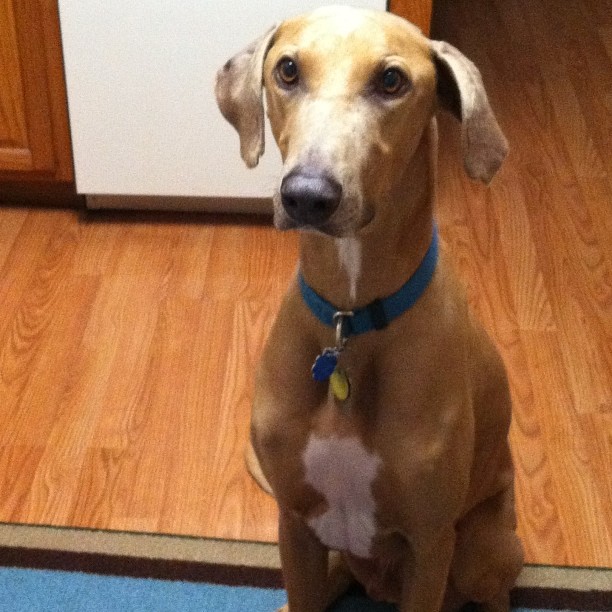 The Contra Costa Animal Services posted an update to Facebook on Saturday, reporting that, as long as the Chihuahua’s owner doesn’t come in to claim it, it may already have an owner.