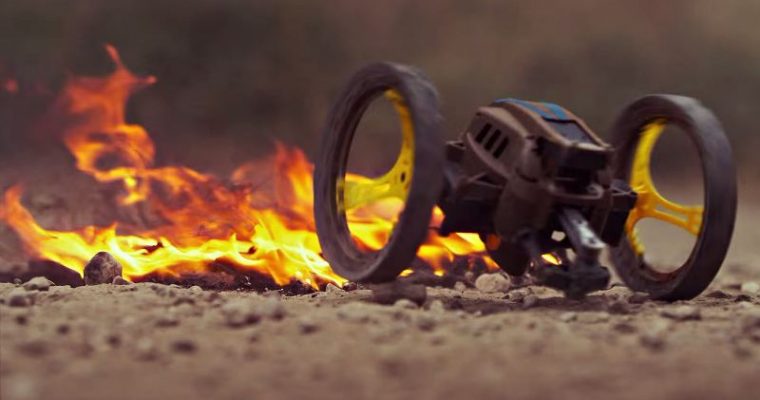 Forget that special last night on television; if you want to see a real toy story, check out Corridor Digital’s latest masterpiece, “MiniDrones Blew Up My Toys!”

The epic short film features all the suspense, pathos, and excitement of a summer blockbuster–only using remote control (RC) cars! Though the final product doesn’t have the same budget as a studio production, it perfectly captures the edge-of-your-seat fantasies we all had in our heads when playing with our toys as kids.

“MiniDrones” has surpassed 350,000 views on YouTube already and quickly nears the millions of views held by other videos from Corridor Digital. Make sure you’re one of the audience members and watch the remote control car epic below.

Hydrogen Power: The Hyundai Tucson earns a spot among Green SUV of the Year award finalists

In a small-scale (but appropriately treacherous) homage to gritty street flicks like Mad Max and Death Race, Corridor Digital brings our childhood imaginations to the screen using a variety of mini cars and drones.

The video focuses on a brotherhood of well-meaning RCs who have embarked on a quest to save the life of their teddy bear friend who’s running low on batteries. The leader of the pack, humanized by a pair of googly eyes, tows a covered trailer through a dirt-covered alleyway, flanked by his allies. 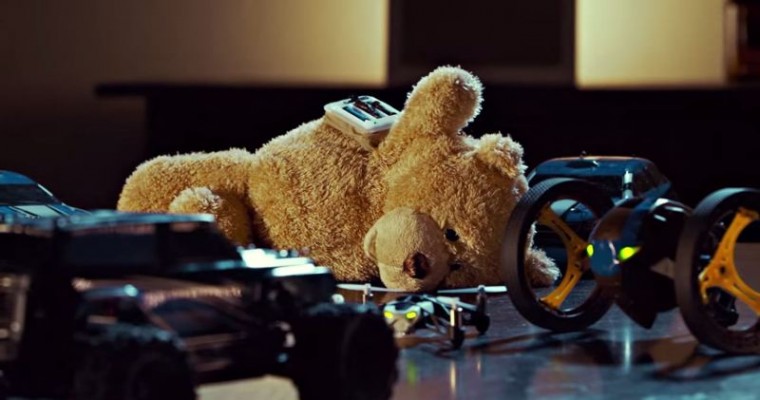 Will the intrepid band of heroes be able to rescue the dying bear?
Photo:CorridorDigital via YouTube

Suddenly, the well-meaning party is ambushed by a lethal gang of battery bandits, escorted by a missile-shooting helicopter. After a swift strike and engine-revving stand-off… 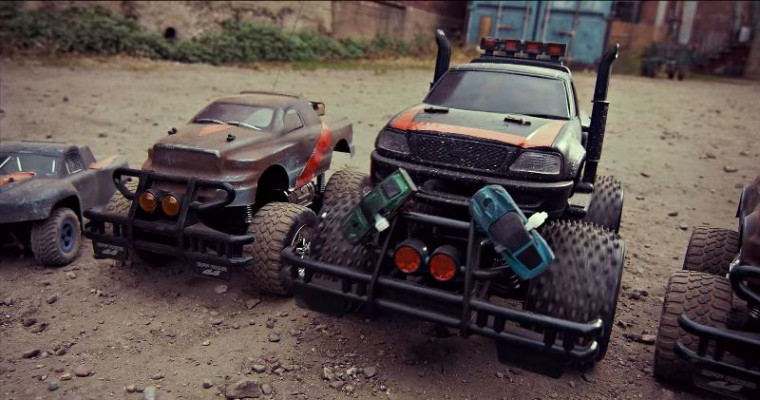 Check out the car-casses strapped across the bumper of the evil truck
Photo:CorridorDigital via YouTube

the scene explodes with a no-holds-barred onslaught. Cars soar through the air; lasers rip plastic hulls apart; sparks fill the screen. Our heroes begin dropping like flies, and the evil trucks quickly have the upper-hand. 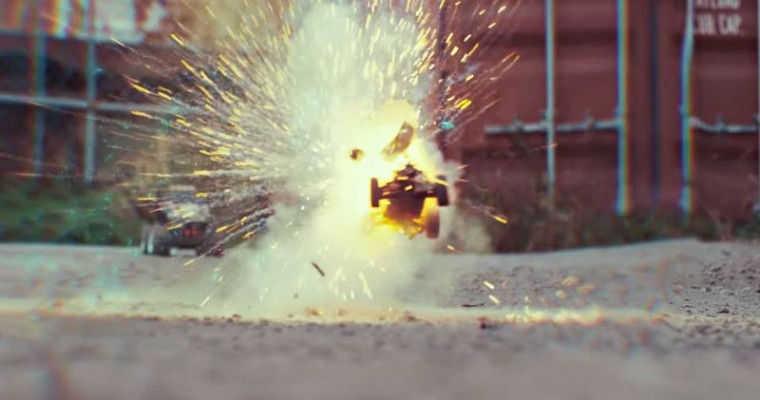 A lot of these effects were done through practical means… and a lot of skill!
Photo:CorridorDigital via YouTube

Does the googly-eyed RC escape the attack and save the life of the dying teddy bear? Watch the three-minute video below and see for yourself!

Corridor Digital is an LA-based company that specializes in digital and physical effects, which are employed in their monthly YouTube videos that began in 2011. Like the rest of their videos, the newest one is directed by Sam Gorski and Niko Pueringer and produced by Jake Watson. The studio normally churns out video game-themed vignettes done with real-life actors (with the occasional quirky change like “Stop-Motion Parkour”). 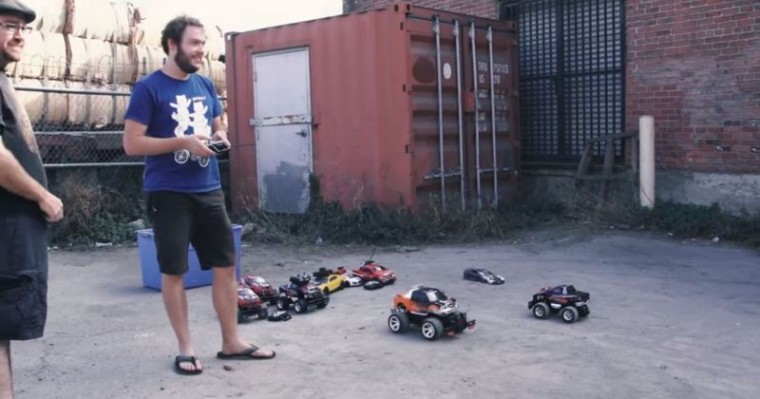 Remote control cars aren’t that easy to control, so imagine maneuvering a whole fleet of them
Photo:CorridorDigital via YouTube

This movie utilizes two Parrot compact drones which can be purchased at electronics retail stores. The Jumping Sumo uses large wheels to roll, spin, and leap nearly three feet into the air. The Rolling Spider uses propellors controlled by a smartphone to float, loop in the air, and climb up walls. Undeniably, the action-packed video is an effective way to promote the products, as seeing the machines in action will make any grown-up kid’s mouth salivate.

If you’re not impressed with the small-scale stunts, check out this behind-the-scenes video revealing how difficult controlling the precise movements of remote control cars can be. If you were impressed (as we at The News Wheel were), you should still watch the making-of footage.

In it, you can also learn how to enter Corridor Digital’s contest to win your own MiniDrone from Parrot. See–now you have to watch it!

Fresh Features: Get a look at all the 2015 Sonata Sport has to offer