Corvette Racing: A Look Back at the Last Sixteen Seasons 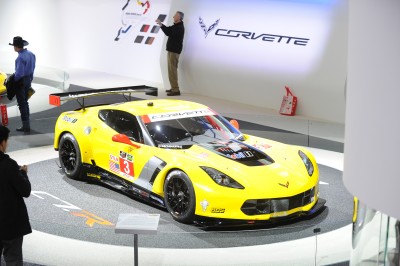 Earlier this month, Chevrolet offered us an extensive history of Corvette Racing since its humble beginnings in 1956, when the Corvette made its racing debut at 12 Hours of Sebring. Specifically, Chevy looked back at the last sixteen seasons of Corvette Racing and all the successes it has shared. We’ve got the highlights here for you today.

“Endurance racing enables us to test new technologies that transfer from race car to road car,” commented Mark Kent, the director of racing for Chevrolet. “The lessons we have learned from the Corvette Racing program are immeasurable. Not only does Chevrolet race the products we sell, we do it against our chief showroom competitors.”

“Both the Corvette C5-R and C6.R have earned a place among the greatest entries in the modern era of sports-car racing,” said Doug Fehan, manager of the Corvette Racing Program. “Each has helped define Corvette Racing and Chevrolet as championship-winning efforts in global sports car racing. More importantly, the cars showcased and proved the technology that transferred to production Corvettes. That is a hallmark of the Corvette Racing program now, and it will be going forward.”