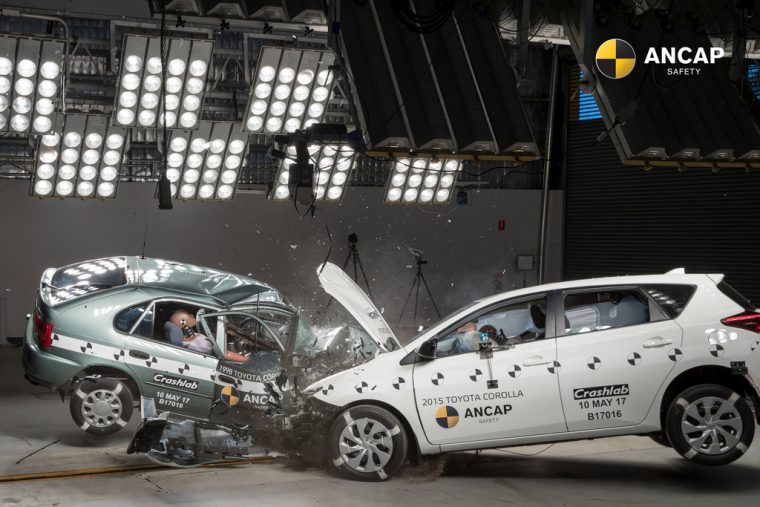 The result from the simulated crash

You’ll often hear this phrase uttered whenever conversations surrounding the difference between the cars of today and the cars of decades past come up. Many automotive enthusiasts enjoy comparing how much vehicles have changed over the years.

Truth be told, there are certain advantages that older vehicles often have, such as size and simplicity. However, one area where modern vehicles almost always come out on top is in terms of safety.

Recently, the Australasian New Car Assessment Program, or ANCAP for short, wanted to demonstrate just how much safer it is to be behind the wheel of a modern vehicle. In order to showcase this fact, they sent two Toyota Corollas, one built in 1998 and one built in 2015, crashing grille-first into each other during a safety test.

The result: the 2015 Toyota Corolla received damages that would not have been life-threatening for any potential drivers in the cabin, while the 1998 Corolla’s damages would have most likely killed anyone behind the wheel. 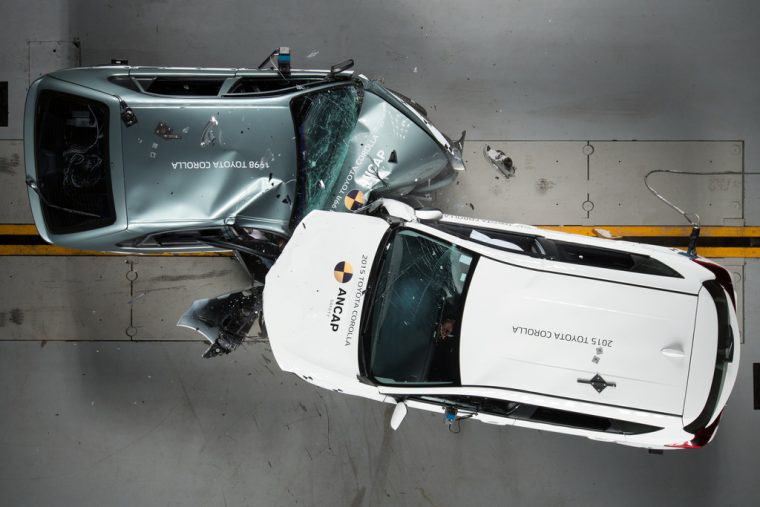 Another view of the crash

Both Toyota models were accelerated to a speed of 64 km/h, or 40 mph for those of us who haven’t adopted the metric system. The vehicles were positioned to crash into each other in a partial-overlap configuration.

When the Corollas finally did collide, both suffered severe exterior damage. However, upon closer inspection, it became evident just how much more severe the damage was to the 1998 model. 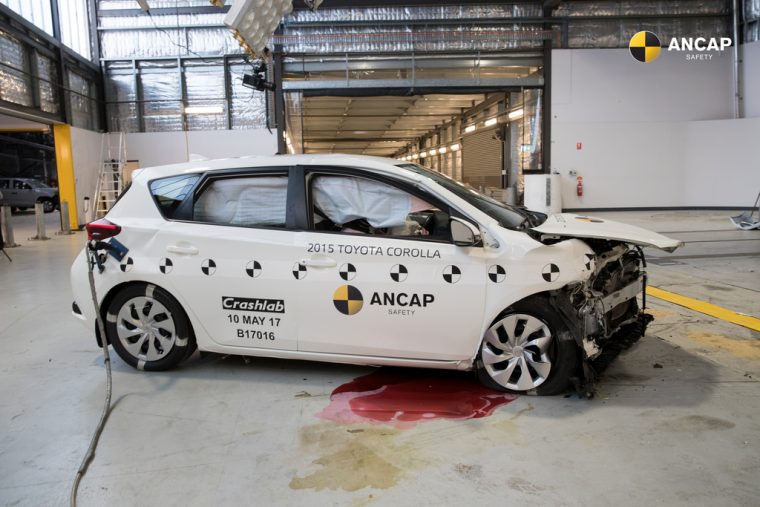 The results from the 2015 Corolla’s crash

While the front end of the modern Corolla was completely ruined, it performed the task of absorbing the damage from the collision as it was designed to do. Because of this, the cabin of the Corolla was able to maintain its shape.

Furthermore, the front and side airbags of the Corolla shielded the dummy driver from the full force of the vehicle’s collision. When all was said and done, the front door of the vehicle was still able to be pried open.

You can observe the damage done to the modern Corolla in the video below:

Such damage caused the cabin of the vehicle to be compromised, placing any potential passengers in serious danger. Furthermore, because airbags weren’t a requirement in all passenger cars at the time, the 1998 Corolla did not come equipped with any. 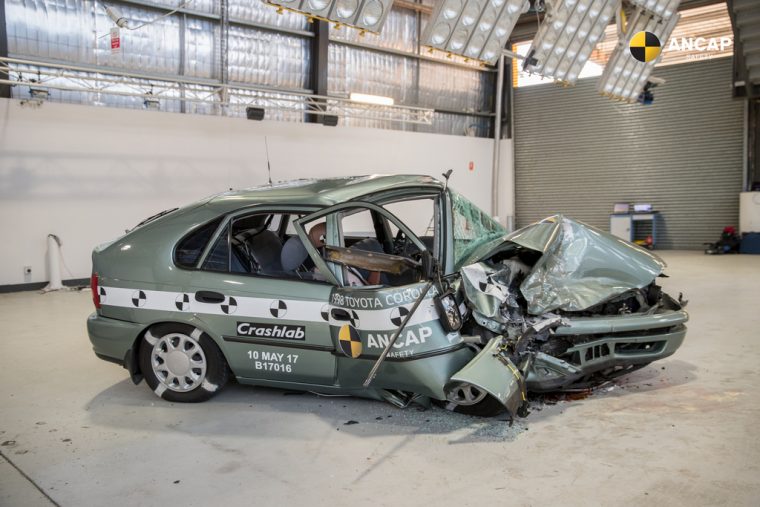 The results from the 1998 Corolla’s crash

With nothing to shield the dummy from the damage, its head collided with the steering wheel and dashboard of the vehicle. ANCAP concluded that any driver involved in a crash such as this would not have survived if they drove the 1998 Toyota.

For an in-depth look at just how damaging the crash was for the older Corolla, take a look at the video below:

For a complete overview of ANCAP’s demonstration, watch the video below:

The demonstration took place during the 4th United Nations’ Global Road Safety Week, as ANCAP wanted to shed some light on the potential dangers of driving older vehicles. While vehicles built before 2000 only make up 20% of Australia’s vehicle fleet, they were involved in 33% of fatal crashes on the road.

Meanwhile, vehicles built between 2011 and 2016 account for 31% of the country’s current vehicle fleet. These vehicles were only involved in 13% of fatal crashes.

“It is concerning the rate of fatal crashes is four times higher for older vehicles than for new vehicles,” said James Goodwin, ANCAP Chief Executive Officer. “Safety is not a luxury and we want everyone to remain safe on the road, so consumers should look for the safest car they can afford and the safest car that suits their needs.”

America’s Insurance Institute For Highway Safety (IIHS) conducted a similar test in 2014 involving a 1959 Chevrolet Bel Air and a 2009 Chevy Malibu. The results for the Bel Air were even more disastrous than the results for the 1998 Corolla ended up being, with the Bel Air’s entire front cabin collapsing in on itself.

You can watch that test for yourself in the video below:

As long as it’s street-legal, everyone is entitled to drive the vehicle that they want to drive. However, if they want a vehicle that will end up being safer in the long run, then as a rule of thumb, the newer, the better.