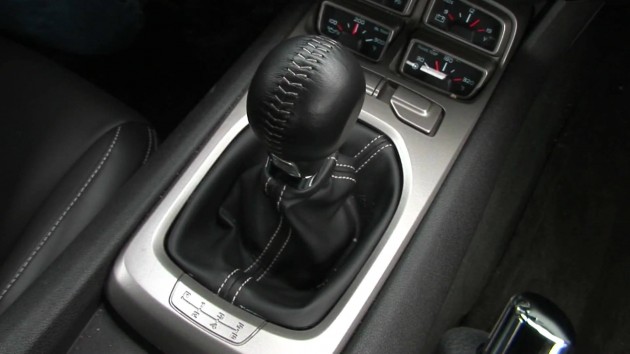 The stick shift: the bane of bad criminals (and uninitiated drivers)

There’s a certain contingent of automotive enthusiasts and experienced drivers who will swear up and down that the only way to experience an automobile is with a manual gearbox. In fact, there’s a joke that goes: “An atheist, a vegan, a CrossFitter, and a person who drives stick all walk into a bar. I only know this because they told everyone within two minutes.”

There is also a contingent of drivers who believe that every student driver should learn to drive a manual first because it requires more focus and offers less opportunity for distraction. Oddly enough, if Demetri Nelson known how to drive stick, he might have been able to get away with armed robbery and grand theft auto.

The Sumter County sheriff’s office said in a news release that 27-year-old Demetri Nelson still had his victim’s keys in his pocket when he was arrested Tuesday, several hours after the kidnapping attempt.

Deputies say Nelson broke into a 53-year-old woman’s home and demanded money, then told the woman to get into the trunk of her car, which he planned to drive to another house.

But authorities say Nelson couldn’t drive the car because of the manual transmission, and the woman used the emergency trunk latch to escape.

Deputies found Nelson and charged him with kidnapping and armed robbery. It wasn’t known if he had an attorney.

According to The New York Post, Nelson was also charged with cruelty to children in January, but he was released from jail and skipped out on a subsequent hearing. He was also arrested twice in 2014 for theft, so you know he’s just a swell guy. He may not be a particularly smart guy, but a swell one nonetheless.

Car Care Tips: Wash Your Cars! No Really, We Mean It.