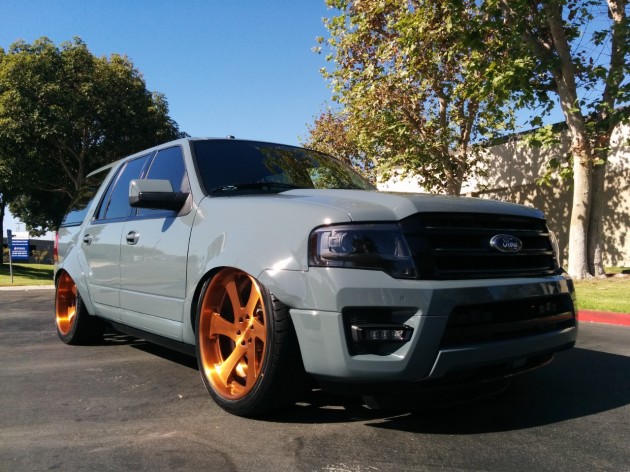 You might think of the SEMA Show almost exclusively as a place where hot hatches and souped-up sedans converge, but don’t discount the presence of some bigger bodies. The Ford Expedition EcoBoost, for example, is over in the corner saying “hey, me too, I like to get fancied up and wear shiny wheels and all that stuff.” Because of this (well, maybe not because of this exact scenario), the folks at Tjin Edition, DUB Magazine, and Vaccar all took their shot at customizing a 2015 Expedition for this week’s show in the desert.

“The builders really outdid themselves with these one-of-a-kind versions of Ford’s full-size utility,” said Mike Nicopolis, of Ford’s SEMA aftermarket support group. “The 2015 Ford Expedition offers great space, performance and capability in an impressive package that is the perfect platform for creativity and customization.” 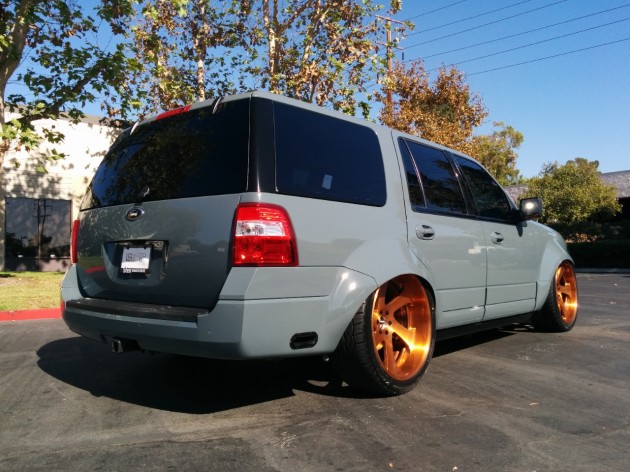 The Tjin Edition Ford Expedition focuses on flash and performance, with customized metal fender flares, a custom gray paint, reworked liftgate, and 24-inch orange Rotiform wheels. The performance comes from a Cortech cooler kit, MagnaFlow side exhaust, Royal Purple oil and lube, and a custom tuning that amounts to 405 horsepower compared to the standard 365 horses of the 3.5-liter EcoBoost V6. 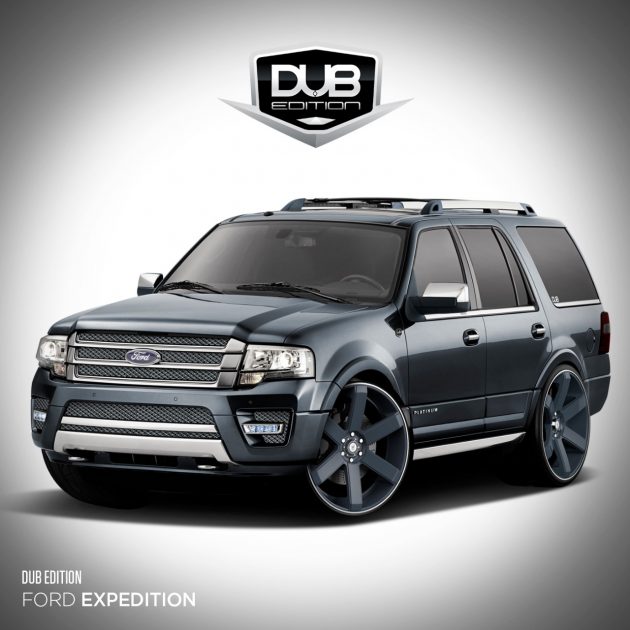 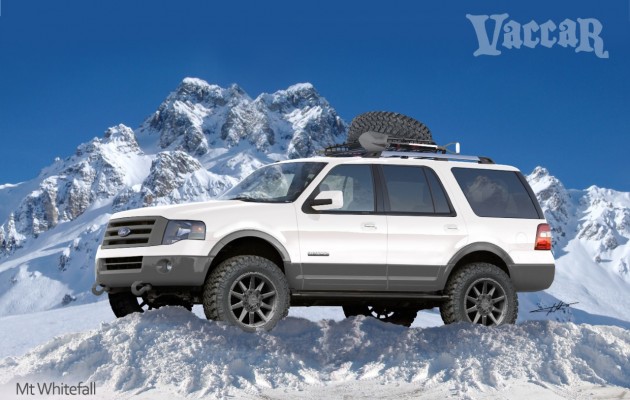 Finally, the Vaccar Expedition XLT is focused on wintertime performance with a two-tone matte mountain gray paint scheme from BASF, brush guard bull bar, swivel hooks by Monster Hooks, spring steps and a hitch stop from Go Rhino!, and MegaWarrior cargo basket from Yakima Products. All of this rests on 20-inch M15s from Mamba Off-Road Wheels.

More from Ford: The All-New Ford Edge: Fully Loaded and Ready to Drive

Clearly, Ford wants to make sure its big boys get enough love at SEMA with this trio of impressive Expedition EcoBoost concepts. Tune in tomorrow to see what else unfolds at this year’s SEMA Show.