In one of the most pathetic abuses of police power exhibited in recent weeks, a dad doing donuts with his son in an old Camaro was arrested almost immediately this past Columbus Day—just for doing donuts. Of course, it wasn’t the most intelligent place in the world for the father to do the donuts; the empty parking lot was next to the town hall and a library and behind a sheriff’s office. 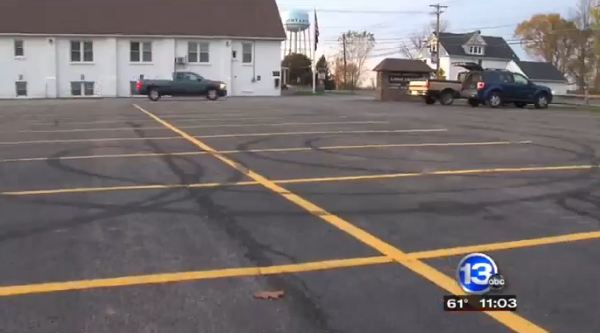 The marks left by the donuts

Still, the man, Joe Graham, of Ontario, New York, did just two donuts in his 1968 Camaro and is now facing felony charges. The donuts only lasted 15 seconds, but that was enough time for an officer to get his panties in a knot and storm out to slap some cuffs on the dad, right in front of his son. The Camaro, which Graham had recently purchased to use as a vehicle (ha) to build a closer relationship with his son, was impounded.

The donuts did leave some ugly marks on the newly painted parking lot, but Graham offered to pay to repaint the lines. The cop did not listen to anything Graham said, however, and accused him of endangering his 14-year-old son by doing donuts…in an empty parking lot…for 15 seconds. 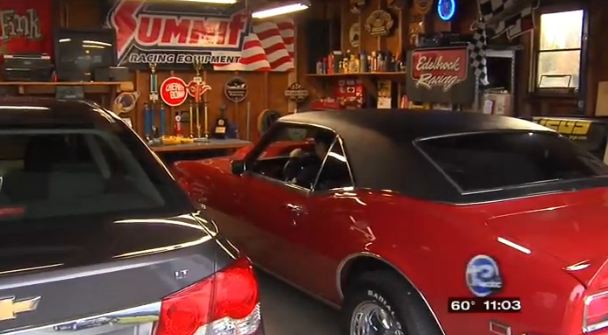 The ’68 Camaro in question

Check it out for yourself in the video below:

A slap on the wrist or a small ticket may have been warranted, but felony charges? That’s a little extreme. Are we off base, or do you think this cop has a bit of a god complex? Sound off in the comments below.