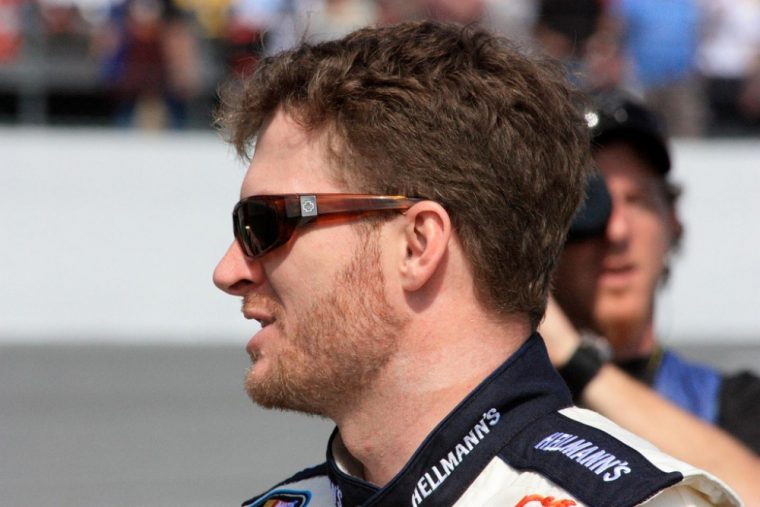 If you take a look at Dale Earnhardt Jr.’s Twitter account, you’ll see pictures from his recent wedding, a few photos of his early racing days, and  an image of his newest sports car, which just so happens to be a bright red Corvette Grand Sport.

While many people on Twitter are speculating that it could be a gift for his new wife, Amy, Corvette Blogger reports that the red Corvette is probably going to be used for fundraising purposes. Dale Jr. gets a new Corvette each year and then cruises around in it for a while before he raffles it away. All of the proceeds wind up benefiting the Dale Jr. Foundation.

Last year, Dale Jr. raffled off a 2016 Daytona Sunrise Orange Corvette Stingray Z51 Coupe with the 3LT package. You can see photos of past winners by checking out thedalejrfoundation.org.

Being the newest addition to the Corvette family, it would make sense that Dale Jr. would go with the Grand Sport model as this year’s prize. If you’re not familiar with the Grand Sport, it takes the track-focused aero package from the Corvette Z06 and combines it with the Corvette Stingray’s naturally-aspirated LT1 6.2-liter V8 engine. That motor provides up to 460 horsepower and 465 lb-ft of torque, and helps the Grand Sport zip from 0 to 60 mph in a mere 3.6 seconds. In addition, the 2017 Corvette Grand Sport comes equipped with a performance exhaust system, Michelin Pilot Super Sport tires, and magnetic ride control.

This will be a big year for Dale Jr. since he missed 18 races last year after experiencing concussion like symptoms, but he’s pledged to return to the seat of his No. 88 Chevy racecar for the start of the 2017 Monster Energy NASACR Cup season.