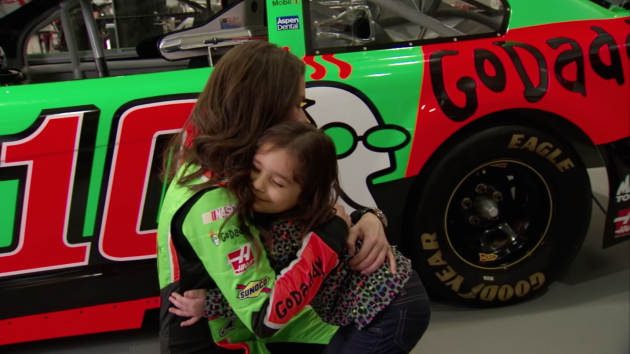 GoDaddy is a terrible company that makes terrible commercials, usually of the un-ironically sexist variety. This year, GoDaddy tried to distance itself from that sexism with a different kind of terribleness, in an ad that parodied Budweiser’s sappy “Puppy Love” commercial from last year:

Despite showing admirable restraint by not objectifying any women, this ad—which features a cameo from NASCAR driver and (ugh) “GoDaddy girl” Danica Patrick as the van’s driver—courted controversy, due to its implied endorsement of puppy mills. As a result, the spot is being pulled from the game’s broadcast and will be replaced with a different GoDaddy Super Bowl commercial, which promises to feature something Americans find less objectionable (like the commodification of women rather than puppies).

Patrick is also going to be appearing in Coca-Cola’s Super Bowl commercial, and the soft drink company has teased the ad with a video in which the racecar driver discusses social media:

“It is the easiest platform in the world for people to say mean things and not have to answer to anybody,” Patrick says when discussing the Twittersphere. “I think the Internet can be a place for positive change just as much as it is for negative stuff.”