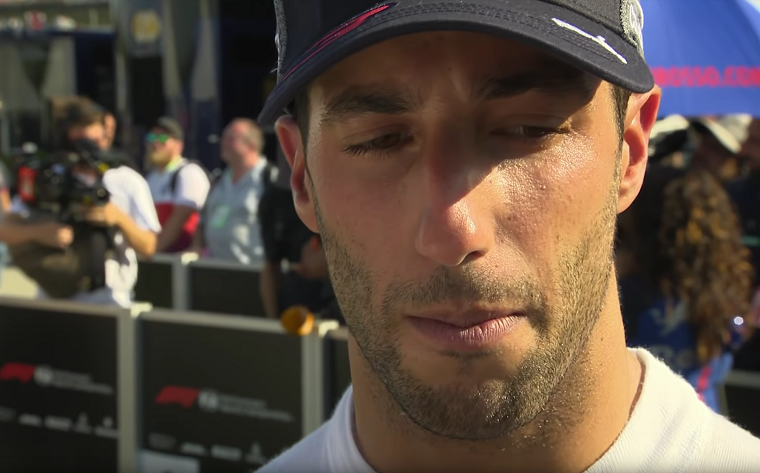 “What have I done?” – Ricciardo, probably.

After Daniel Ricciardo had confirmed he would stay with Red Bull Racing, he pulled a switcheroo on everyone by signing with Renault, the factory team backed by the French manufacturer with whom Red Bull had been having a spat for the last four years.

The move came as a surprise to just about everyone. Ricciardo, it had seemed, had no real place to go that wasn’t a step backward. But Red Bull may have leaned on that a little too much and ended up losing a highly competitive and highly marketable driver.

Ricciardo will go to Renault to race alongside Nico Hulkenberg for a whopping $20 million per year, which is a remarkable fee for someone who has just seven wins and no championships to his name. He’ll replace Carlos Sainz Jr, who was on loan from Toro Rosso (i.e. Red Bull) and may ultimately find himself in a better car next year than Ricciardo as a result.

Did You Know? GM uses wind farms to power its facilities

It’s without a doubt a downgrade for the popular Australian driver, but there’s good reason to believe Renault will become a major force to contend with in the future, as it is heavily investing in its Formula One program — and if we look to the company’s past for reference, we see that this has ended with championship every time.

The move will also provide us with an interesting comparison between two of the F1 grid’s most reliable performers. Hulkenberg has always been a strong but somewhat unknown variable (though his utter demolishing of Sainz has only helped his reputation), and in recent years Ricciardo has proved himself one of the hybrid era’s quickest.

Buying Used: What are the benefits?