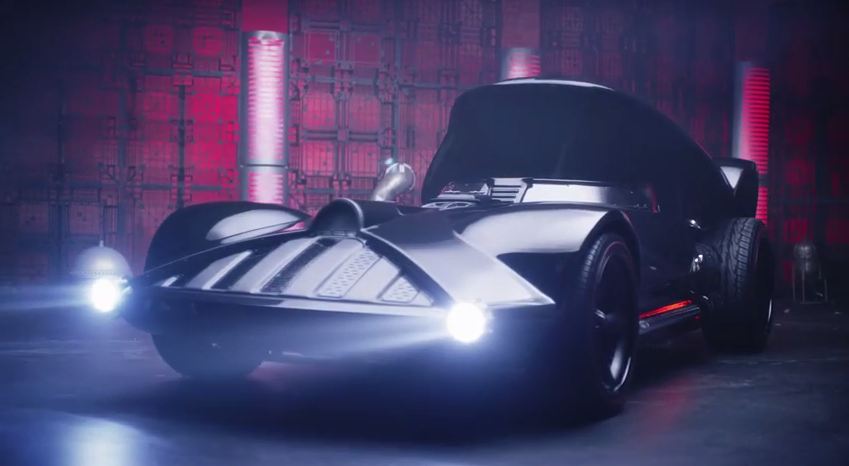 That’s right, Star Wars fans. Mattel is unveiling a life-size, fully operational Darth Vader Car at San Diego Comic-Con today (July 23). No word yet on if the engine sounds like someone hooked up to a very loud breathing tube.

The reason for this incredibly awesome and incredibly dark Darth Vader Car, based on a C5 Corvette chassis, is to promote Mattel’s all-new Star Wars Hot Wheels toy line, due out later this year. According to Autoblog, the vehicle—cleared for both planet earth and Tatooine—was produced by Picture Car Warehouse in-house at Mattel. Powered by an LS3 V8 (and the Force), this baby is capable of 526 horsepower and sits on a custom set of wheels from MHT.

While those attending Comic-Con can’t get inside the elongated helmet Darth Vader Car, they don’t have to walk away empty-handed. For $40, fans can get their hands on a 1:64 toy version of the car, presented in a red lightsaber case. 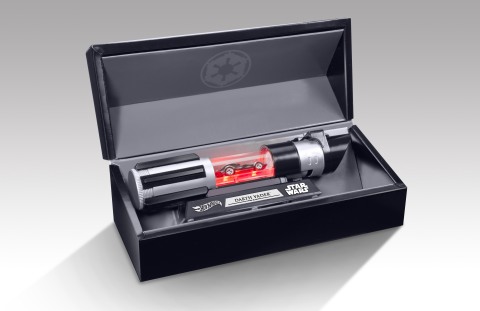 The replica in the lightsaber case in a commemorative box.

And if you can’t make it out to San Diego, never fear: the Darth Vader Car will be making its way to other Comic-Cons across the country.

Haven’t had your fill of the Darkside? Check out the Darth Vader Car in the video below: