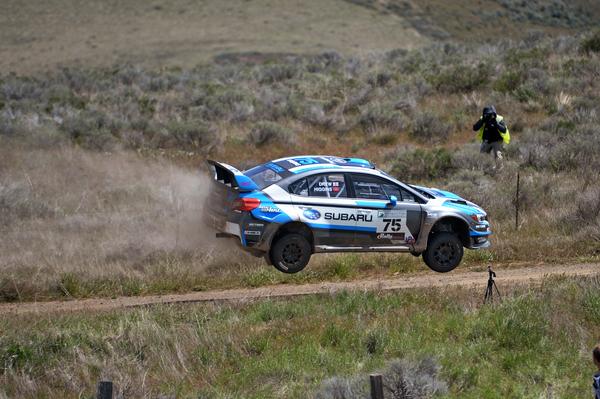 David Higgins, Subaru Rally Team USA driver, has been on what you might call a big, old roll. Not only has he won all three races thus far in the Rally America Championship (his first two victories at the Sno* Drift Rally and the 100 Acre Wood, and now at the Oregon Trail Rally), but he has also won the last seven competitions that he has entered, carrying over from last year.

Behind the wheel of the 2015 Subaru WRX STI rally car with co-driver Craig Drew, Higgins dominated the various road types of Oregon Trail Rally nearly flawlessly—the pair took victories in 16 out of the 18 stages.

“This rally has such a mix of road types, so if you have a car that works well at this rally then you know you have a car that can do well at all the other events,” remarked Higgins. “It gives us really good confidence heading into the next round, the Olympus Rally, and the whole season ahead.” 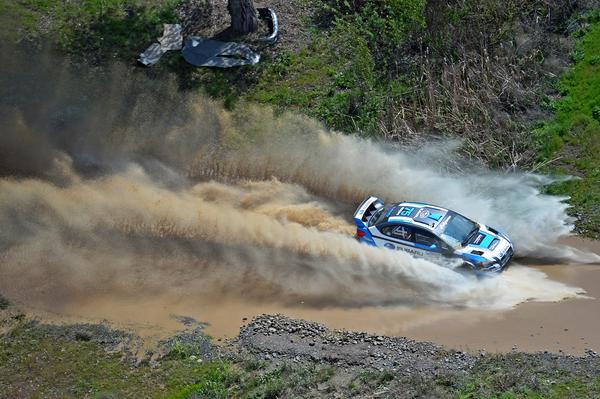 Higgins added, “The key for me is you’ve got to learn to drive around problems. Winning rallies and winning championships are all about making the best out of the bad situations, keeping your head down, concentrating, and enjoying it, because that’s the main thing: if you can drive through it all with a smile on your face it makes it a whole lot easier.”

The next rally is also on the west coast, up in Shelton, Washington. The Olympus Rally will be held May 16th and 17th.