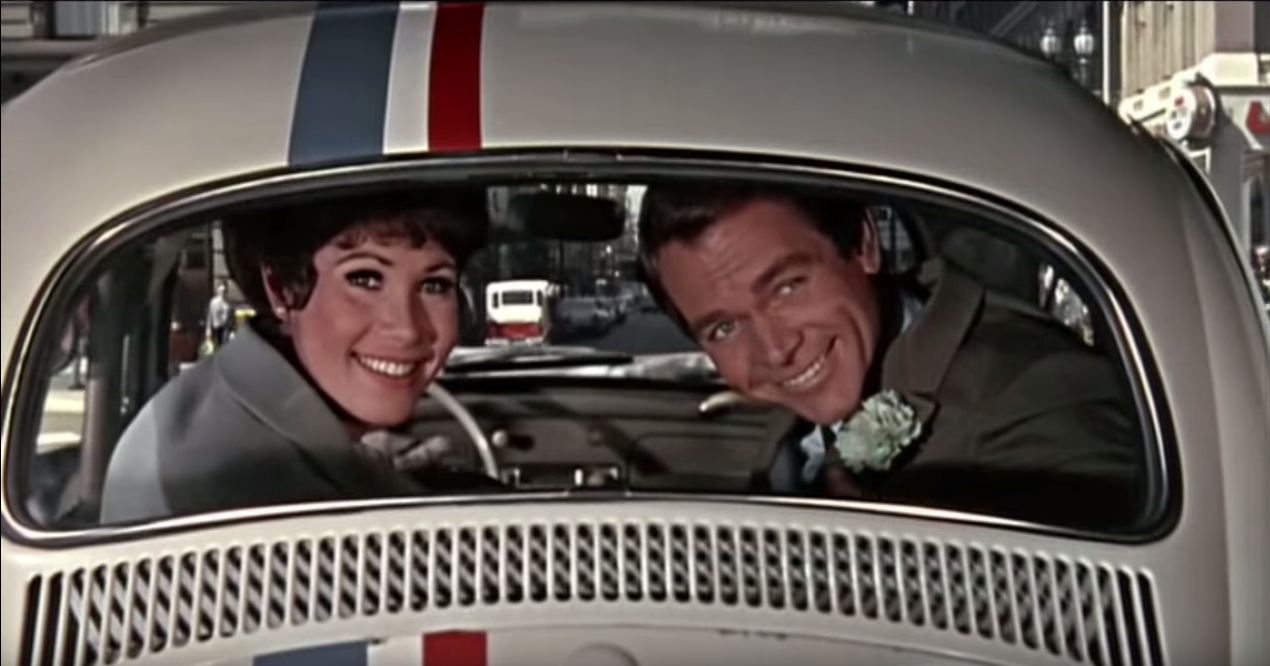 How many of you remember the Love Bug movies? These days, the idea of riding in a car that can drive itself isn’t too farfetched, thanks to autonomous cars being developed by several automakers and tech companies. Back in the late 1960s, a self-driving car was quite the fantasy, and Disney used the idea hilariously in the Herbie the Love Bug movie series.

Herbie was a VW Beetle that had a mind of his own when it came to driving, especially racing. His driver, Jim Douglas, was almost always along for the ride and subject of many of Herbie’s high jinks. In all, Jim made appearances in four films with the iconic Volkswagen.

Dean Jones, the [human] star of the Herbie movies, passed away on Tuesday of Parkinson’s Disease. Beyond the Herbie films, Jones was also known for being the original Bobby in Stephen Sondheim’s musical Company and several other roles in Disney live-action movies, like That Darn Cat!. He was also known for his devotion to his faith and starred in quite a few religious films and plays during his career.

Rest in peace, Mr. Jones, and thank you for inspiring a love of cars in moviegoers all over the world.